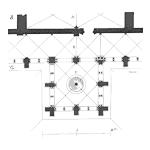 Following the release of natural gas, it can be ignited resulting in fire which in turn can potentially result in an explosion. So how likely will a gas release ignite?If you are interested in the major failure modes for natural gas transmission pipelines reported, please refer to an earlier post – External Damage: Number One Cause Natural Gas Pipeline Releases.The ignition probability is related to leak size. Let us consider three hole sizes consistent with European Gas Pipeline Incident Data Group (EGIG) database – small (pin-hole leak, 2-cm or less), medium (2-cm < Leak < pipe diameter) and large (full bore rupture, FBR). The table below summarizes ignition probabilities from EGIG report.

« Synergy: Why Group Effects Matter Most When Facing Complexity and Uncertainty
Infrared Thermography »