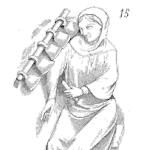 Many years ago people would complain about “cheap Japanese” products, but today few people would associate Japanese brands with poor quality.

The turn-around is widely attributed to Deming, and Taguchi, and Juran, and other evangelists who taught not only the tools and processes but also the long-term benefits that can be realized when a company adopts good practices and a culture of quality.

Today I hear people complaining about poor quality in Chinese-made parts and products, and there have been several widely-publicized incidents (see Aston-Martin and counterfeit parts).

Many customers have decided to move their production and seek part suppliers in other locations, including “re-shoring” to North America, in part because they’ve concluded that any cost savings due to cheaper labor are outweighed by the costs of poor quality.

It’s hard to say whether this will have a negative impact on the worldwide consumer perception of Chinese brands such as Lenovo, Haier, and others.

Some people have tried to find cultural explanations, suggesting that individuals in the US, or Europe, or Japan are generally more likely to take pride in their workmanship than their Chinese counterparts, and therefore deliver better quality even if no one is watching.

Others look for differences in education and training and specifically point to the traditional Chinese emphasis on rote learning that discourages creativity and adaptation.

I worked in a factory in China for almost two years (see my other blog “Managing in China”), and I’ve used Chinese suppliers for over ten years.

It’s dangerous and unwise to generalize in a country of over a billion people, but I think the problem has less to do with individual skill and more to do with priorities and expectations.

Margins are typically very small at suppliers and contract manufacturers, and unless there are clear incentives or penalties for quality performance these suppliers will cut corners, substitute materials, and, yes, occasionally ship defective parts because it costs money to scrap or repair.

The performance of an individual machinist or assembler is determined by the priorities set by their line supervisor, and the highest priority is usually meeting the production quota, not high quality.

That being said, there is a growing movement in China to improve quality as more companies realize the internal and external benefits.

Internal: lower cost production, specifically when scrap and rework can be prevented.

External: a differentiator when competing for business.

Customers can help move this along by making it clear that quality is a requirement for any future business awards.

Competition will lead to improved quality if customers insist on it.

I don’t believe this is a uniquely-Chinese issue. Unless we start demanding better quality from our suppliers, we will surely be complaining about poor quality from Indonesia, or Vietnam, or any other alternative.

Japanese brands improved their quality in the last century, in part to compete more effectively with US and European brands.

If we insist on better quality, Chinese firms will surely do the same.