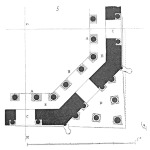 Conventional consulting approaches begin with assessments to determine your current state of affairs, judge what’s good and bad about it, give it a score, provide a long list of recommendations and then build an improvement strategy based on the outcome.

Strategy development is normally carried out by a select leadership team and then the change is rolled out to lower levels in the organization. This approach has served well for a long time and it is at the outset of almost any major consulting engagement. It is useful when comparing sites among each other, but is there some sort of award for being best? Usually not.

Where a totally independent and unbiased perspective is required for strategic business decisions this approach – which assesses strengths, weaknesses, opportunities and threats to the company is highly appropriate. For the most part those corporate assessments are necessary to remove the blinders that executives often have as a result of being too close to the trees to see the forest. In the realm of physical asset management however, I suggest that a different approach actually works better if your objective is to initiate improvement activities.

The conventional approach of assessing, recommending and building an improvement strategy has a major flaw when dealing with people within an organization – it often leads to feelings of animosity towards those who carried it out. The nature of the process requires that judgement be applied to what is observed. That judgement usually takes the form of “this is good” or “that is bad”. At the corporate level when dealing with broad external and systemic internal factors where no-one is to “blame” this works and generally doesn’t leave those feelings of animosity. However, within an organization, when dealing with specific aspects of it like maintenance, like MRO materials management, like purchasing, etc., we are dealing with technology, processes and people and there is always a degree of “ownership” in the status quo. That “ownership” is a part (but by no means all) of what makes change so difficult to implement.

Unless you really need a score from an unbiased third-party then why bother with the assessment? Your people already know what they are doing. What they may lack is an awareness of what works best for the company and what does not. For example, I’ve met many materials managers who truly believe they are doing a fantastic job by keeping the dollar value of inventory levels down even though service levels (as determined by asking mechanics about their store room experiences) are poor. Money is saved in inventory but lost to lack of productivity on the part of the tradesmen. I’ve also met many maintenance supervisors and trades who are proud of their ability to get parts “in spite of” the storeroom’s poor service performance.

Other supervisors, trades and maintenance managers are often proud of their ability to put out fires – get repairs done rapidly under arduous and emergency conditions. If you are into hero worship or stroking your own ego then that is good, but the business would benefit more if the failures were avoided instead of repaired. An unbiased third party cuts through all that because they are aware of successful practices – they can see things from a different perspective. But who says that perspective has to come from a third party?

Perspectives change through observation, learning and experience. We take a different approach that adds more value up front, in the form of learning, while gathering improvement ideas. Rather than “observe and judge” we “teach and ask”. We begin with training and throughout that training we ask employees if they would use that new knowledge to change anything for the better.

The training expands their awareness and changes their perspective on what they see as good and bad. The lists of ideas are often staggering – and many of the ideas are easily implemented. We’ve used this with several clients and found that once we open that tap it is difficult to turn it off. And why would you want to turn it off? We’ve unleashed the creative talent within your organization. From here we have lists of ideas – the equivalent of the consultants’ list of recommendations.

Development of an improvement strategy from that point on, is easy. Use that creative energy, encourage ideas, encourage questioning of the status-quo, and then act on what you get. Caution – if you get the ideas but don’t act on them, you’ll turn the tap off and things will not change.

This approach is used in order to avoid the animosity that can be generated as a result of assessment work and thus avoid a common and significant hurdle at the beginning of many corporate transition programs. By taking improvement ideas generated by plant employees we ensure that the transition is theirs from the outset. Any good change manager knows that if the ideas come from the people who must implement them, they are far more likely to work towards making it work than to give up. What’s more, the ideas are based on years of their observations – they are accurate.

Unlike a consultant who is there for a short time and invariably misses something or misses the reasons why some practices are the way they are. Consultants can be terrific teachers, observers and facilitators but they can’t replace the knowledge your entire workforce holds close. Consultants can however help you tap into it, even if your own management team can’t seem to get co-operation. Independence and lack of bias has its place, but assessing your current state is not the best place to use them if you are serious about change.