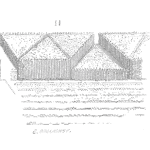 The McNemar test is a nonparametric statistical test to compare dichotomous (unique) results of paired data.

If you are comparing survey results (favorable/unfavorable) for a group of potential customers given two ad campaigns, or evaluating the performance of two vendors in a set of prototype units, or determining if a maintenance procedure is effective for a set of equipment, this test permits the detection of changes.

Let’s examine an example where a group of people are surveyed about a prototype design, before and after a presentation.

We want to know if the presentation is effective in changing people’s mind about their opinion concerning a new product concept.

#2 The results (favorable/unfavorable, yes/no, etc) must be mutually exclusive, meaning the in this case someone cannot be both favorable and unfavorable at the same time.

#3 The sample of people, in this case, or of subjects in general, is a random sample from the population of interest.

The first step is to arrange the data into a 2×2 contingency table.

Let’s say we have 145 people that we survey about a product concept and 117 are favorable and 21 are unfavorable. We then present additional information and details to the group and conduct the survey again. After the presentation, there are 100 people favorable and 45 unfavorable. Was this chance or an indication of a real shift in opinion?

The alternative hypothesis is the number switching opinions is not the same in the two directions.

Adding the numbers we have

McNemar uses the χ2 distribution to evaluate the magnitude of the differences in the discordant cells.

The McNemar test has one degree of freedom and we are interested in detecting a shift with 95% confidence. C = 0.95 thus 1-C = α = 0.05, the level of significance. Thus the critical value is

The test statistic is larger than the critical value indicating the change in opinions is more than would be expected by random chance. The p-value, for those that like such values, is 0.0372, which is less than 0.05, again suggesting the difference of opinion from before to after the presentation is significant.

Just another tool for your stats toolbox. If you have used this test, add a comment on the circumstance and why you selected the McNemar test.

« Engineering Manager – The Sasquatch of Leadership?
PDCA is Not Best Practice »