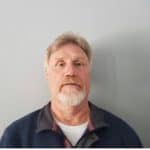 I’ve always been proud to say that the first customer I provided RCM training and consulting for was Whirlpool in Findlay, Ohio.

Having just presented at SMRP’s annual conference in Denver, Colorado, I received an e-mail from Kirk Wolfinger who at the time was Whirlpools’ Maintenance Manager. Kirk wanted to know if I could come to Findlay and help his team get started in Reliability Centered Maintenance.
I was that one phone call that gave me the courage to leave Eastman Kodak and start my own company.
I have to say I was intrigued by Kirk Wolfinger’s style of management when I first met him. He was clearly one of those rare leaders who wasn’t afraid to tell you exactly what was on his mind and it was very clear the people at the plant who worked for Kirk had a high level of respect for this man.
Kirks career path was very similar to mine in that he started at Whirlpool as a Millwright in the companies second class of apprentices ever. Following his apprenticeship, he was promoted to a Maintenance Supervisors position in 1980 and it was around that same time that he made the decision to go back to school at night for Business Administration.

“I wanted to be able to make a difference and the Maintenance Supervisors role wasn’t one where you could make significant changes. When I completed my Bachelors I kept right on going until I had completed my MBA. From there I was promoted to the position I was in when we started the original RCM Blitz™ and TPM.

Whirlpool was at the time looking at all kinds of things to improve productivity, they wanted to be a world-class manufacturing facility. We tried Just In Time, SPC, Root Cause Analysis and nothing was sticking because no one followed up or held people accountable. I knew I worked with a talented group of guys in Tom Meyer, Richard Word and Jim Dray. I picked up a book on TPM written by a guy from Eastman Chemical. The process seemed simple so the group of us got started working on that and before long we started to see some results. We then met you at SMRP and followed the same process. I can remember telling Tom and Richard to just follow the process Doug laid out for us and don’t take excuses from anyone. Six months later we had visible results across the entire plant.”
As a consultant, I was so green at the time I didn’t realize how unusual the Whirlpool Findlay plant was. Twenty years later I have worked at well over 100 different plant sites and still today Whirlpool is the only site where the maintenance organization had taken the lead role for improving manufacturing and reliability.

Kirk was the reason for this unusual occurrence. The more time I spent with him, the more I learned from him. As I worked training and mentoring his people, Kirk would join us each day for a few minutes in the company cafeteria. Once he had finished his lunch he would get up and walk from table to table talking to people. I was amazed at how many people’s name he knew, and not only their names but spouses’ names. The names, the name of their children and what sports the kids played. Kirk Wolfinger is that leader we all hope to work for, and you could see that in the faces and the attitudes of the people who worked for him.

I asked Kirk years later what he thought the secret to their success was; “There’s no secret to any of this! When you decide to implement a process like RCM or TPM the only thing you need to do is follow the process to the letter and then have the discipline actually do it, implement it and perform the tasks prescribed by the process. I knew I had the discipline and I knew I had good people and in the end, that’ all it takes.”

Kirk retired from Whirlpool in 2001, the then went to work for a small company that made auto parts in ADA, Ohio where he again had success implementing RCM. I’m proud to say following that stint Kirk and I got the chance to work together for close to 15 years.

“The day I signed on as a laborer for Whirlpool in 1969 I never thought learning a trade would have taken me to where I am today. We somehow need to get a new generation to understand the opportunities that become available when you become a tradesperson.”

The world of manufacturing needs more people like Kirk Wolfinger.

Douglas Plucknette is the President of Reliability Solutions, Inc. and creator of RCM Blitz™. The author ofReliability Centered Maintenance using RCM Blitz™ and Clean, Green and Reliable a best-selling book on how to reduce energy consumption in manufacturing plants through equipment reliability. Doug has published over 100 articles on Maintenance and Reliability, and has been a featured Speaker as well as Keynote Speaker at a countless number of conferences around the world.