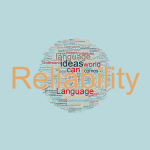 As an Engineer & a Reliability Professional I believe the biggest hurdle to success of my fraternity’s ideas, initiatives, programs, suggestions; is our collective inability to properly communicate their benefits to our different audiences. Instead of pointing any blame to the other side, we need to do a little self-assessment of ourselves to see what may be our own failings.

The starting point should be to see our capability to simplify our own ideas. Reliability Engineering language is inherently full of difficult to understand ideas, terminologies, definitions, principles but that should not limit our ability to simplify things for our business leadership.

My personal litmus test to gauge my ability to express any idea in a simplified manner is two-fold.

Now, my son like any other child of his age is always full of questions & inquiries about anything new he comes across. Some days, he comes up with questions about how cars work (more specifically how the seat-belt alarm works) & then another day he would like to know which is the most expensive & the best car in the world (I enjoyed telling him that the most expensive is not always the best – Remember the ‘Operating Context’ in RCM for defining ‘Functions’ of an asset).

My father on the other hand has his own life-long experiences of the world. Like many people of his age-group, he may seems to be resistant to a few ideas based on his own understanding of the world but yet he is fairly receptive of change if convinced otherwise (Remember, they are the generation who experienced the vibrant 60’s & the 70’s – the pop culture, first moon-landing, color television, Walkman, MRI etc.).

Most of the business leadership in today’s world will fall into either of the above two audiences. This similarity as recipient to your ideas is not in terms of their age-group, generation or their mental faculty but in terms of their lower exposure to Engineering in general, Reliability in particular & their attitude towards embracing change.

We should always try to see & portray Reliability as per the convenience of our target audience. Which colours do you think attract a CFO? The red, orange & yellow of our spectacular Thermographic images or that of Greenbacks?

Another important audience of your Reliability initiatives is the front-line Technicians & Operators. In addressing them, there is a role-reversal. Now, you have to assume the responsibilities of a Reliability Leader.

It is a common observation that many Reliability initiatives could not take-off due to lack of support from the Technicians & Operators. Again, the major issue is that we do not empathize with them in explaining what Reliability really means & how it can make their life easier.

With the formalization of ideas like Operator Driven Reliability (ODR), the Operators can be formally integrated in a Reliability program however its success still depends entirely on how effective the communication cycle is.

Maintenance Technicians on the other hand are still a neglected community when it comes to communicating Reliability. It is often assumed that they already know all about the subject & it is only a matter of ‘managing’ them to achieve the desired results. However, most often the real issue lies in the fact that they are not properly communicated the benefits a certain Reliability initiative may have on their work-load or work quality. Often we, Reliability Professionals, do not see things at the level of our front-line Technicians & do not communicate to them accordingly. For example, how often do we communicate with them on what value a properly filled Work Order (WO) can bring to their own working? Instead, for them filling a WO is considered just another chore that has to be done.

An important underlying fact in today’s industrial world is that Reliability is more often considered a Maintenance function. However, the reality is that no organization can become ‘Reliable’ in its operations until & unless all functions own up the concept of Reliability. As ‘Reliability Champions’ it is our responsibility to promote it as a common cause & one of the ways to do so is by simplifying & expanding the Reliability Vocabulary to inculcate every other organizational function.

As Reliability Professionals we need to adopt a language which is easy to grasp & resonates well with the audience. Let’s mind our language & make Reliability the ‘talk of the town’. 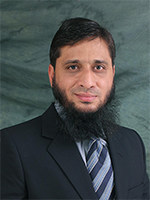