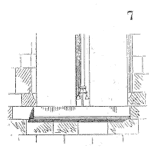 This myth, is about who should plan your work and there is plenty of confusion around this one. For the most part, I’d agree that planners should do this, but not all – see below.

First understand that all jobs should be planned and those plans should be saved as “standard jobs” (or whatever you want to call them) in a job plan library. Plans should be written once and then used many times. Each use, subjects the plan to what is happening in the field and therefore each plan is subject to upgrading with each use. Feedback from the trades in the field triggers that continuous improvement loop that keeps plans current and ready for next use.

Some say that trades should plan their own work – see myth #6 for that one.

Some say that supervisors should plan for their crews – absolutely not. The supervisors are dealing with work that is ongoing and arising. They are helping to solve problems arising from plans that may be inaccurate or work arising during planned work, making sure work is done properly and keeping the workforce productive. They don’t have time to plan or chase parts. Asking them to do this only overloads them and causes them to be less effective at all their roles.

Planning should be done by planners, but they don’t need to plan all of it.

Some jobs are simple to execute, require no parts or materials, no special tools (requiring a trip to the tool crib), can be done by the trade person using the tools he / she carries around all the time, and without a formal plan. Normally these jobs require no plan, except to document the need for work permits and lock out / tag out requirements, and to ensure a job safety analysis is carried out. A plan is needed, but most of this content is fairly standard – almost (but not quite) boilerplate content. As a rule, these jobs should already be stored as standard jobs with minimal job plan details. For jobs that are not yet stored as standard jobs, a standard job plan needs to be created – more on that below.

Some jobs are complex and definitely require comprehensive job plans. Again these are stored as “standard job plans”. Usually these are created by planners and upgraded as used, like above.

In some cases, if an organization is somewhat new to planning, it won’t have a big library of standard job plans yet. It needs to create them, and that’s a big job because there are so many possible jobs to be done in the field. Planners will require a lot of time to do that and if you look at benchmarking statistics, you’ll see that organizations with lower levels of planned work have more planners. That’s because they need them to create the plans. Once the plans are created and more of the work is then “planned” the planning effort goes down and consists primarily of updating plans with feedback from their use in the field.

To create a lot of plans in a short time, it is best to get the trades involved. Remember, in this state you don’t have a lot of planned work being done and you want to increase it. It won’t “count” as planned until you have a standard job plan in place. The trick is to have a blank standard job plan template. It includes space for all the details normally contained in a detailed job plan. When a job that does not yet have a plan gets assigned to a work crew, give them the blank template. Part of their job is to create the plan for that job before they execute the work. Let them decide how much detail is needed, but give them some guidelines as to what you expect. These plans, created on the fly like this, won’t really achieve all the benefits of having a fully planned and staged job, but it will help them do their job more efficiently. At the end of the job, they modify that plan with whatever they learned (updated part numbers, correct quantities, list of permits required, etc.). That gets submitted with the completed work order. The planner (or a planning clerk) enters the job plan from the completed job into the library as a standard job for future use. Each day you will add several job plans to the library much more quickly than a planner could manage on his/her own.

So, some plans are created by your trades and some by your planners. They all go through planning into your standard job plan library for future use.

If you’ve got jobs that are coming up, perhaps in a shutdown, let your planners focus on those so that your shutdowns will become more efficient. The combination of those shutdown job plans and trades generated plans form your standard job plan library.  Over time that library grows and the amount of planned work (i.e.: work that had a plan in place and was able to be staged before it was scheduled for execution) will be increasing. The amount of planning effort (on new plans will diminish) and the continuous improvement of plans will dominate the planners’ work.

« What Are You Experiencing?
How Types of Project Risks Affect Your Project »