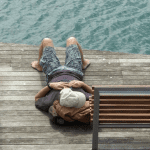 I was recently giving a presentation for IEEE at MIT Lincoln Labs here in the Boston area.  The topic was one of my favorites, my new playground, Use Case 7 !  The crowd loved the idea of expanding how we access use cases and came up with great examples. and experiences, of their own.  They found many areas in their work where the Use Case 7 exercise may yield some interesting insight. 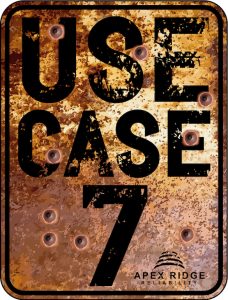 This crowd was so good that I my Q&A session ran for over 30 minutes.  It turned into a fun open discussion that should have been at a lab or a engineering bar (is there such a thing?), I would say we verged on workshop.  One of the more interesting paths we went down was the cases of high stress from a product not being used.  I can’t share where the conversation started because it was a current product an attendee was working on but I can share some of the personal experiences we talked about.

Mine was of course car related.  I know I know, why is it always cars?  I have no idea. There are people who I met once at a party six months ago, I have no idea what their name is or what they do for work, but I can tell you what kind of car they have.  I’m like Rainman but on only two topics, cars, and reliability.  Everything else I am marginally average. Anyway… my car UC7 for a product not being used is a strange situation was with my 1978 Datsun 280Z that has 29k miles on it. The care will occasionally burn some oil in only one of the six cylinders.  I noticed that if it is cold and I gun it that I get a puff of smoke with a blue tint to it. The blue is a sure sign that the smoke is oil.  But generally she burns really clean. 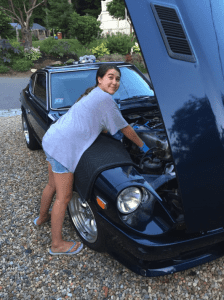 So I had my 13 year old daughter pull all of the spark plugs so we could do some diagnostics.  Why have a 13 year old do this.  Because she’s 13 and Adam Bahret’s daughters aren’t going out into the world without being able to diagnose and rebuild a car on a Saturday afternoon. What we (she) found was that the plug on cylinder #1 had evidence of burning oil.  Cylinders 2,3,4 were running rich with fuel, 5,6 were running perfect.  Burning oil is not odd for an older car but it was weird how perfect the other cylinders were and there was just one that had this issue (the fuel rich ones is just tuning).

So like any good father I went over the way to diagnose engine health by looking at spark plug tips.  A healthy cylinder has a spark plug that looks like a perfectly toasted marshmallow. A white and brown/tan surface. Black that is uniformly coated and flat or matte (not shiny) is too much fuel being burnt or an incomplete burn, tuning needs to be done.  A plug that is black but it looks more like paint (shiny) or even a little like tar means we are burning some oil. Oil typically make sit into the combustion process for two reasons. The piston rings have worn or the vale seats have worn.  Both are typically wear out failure modes and occur at high mileage.  but like I said this is strange.  Thsi car has only 29K miles on it and it is only burning oil in one cylinder, all six cylinders have gone the same distance.

But I knew right away what had caused this.  The stress of sitting for years without ever being turned over. That’s a 41 year old car with 29K miles. This is an averages 707 miles/year. It’s possible someone only took it out for a short cruise on the occasional Sunday for every year of it’s life.  But another scenario is more likely. It’s much more likely that it had a period in it’s life where it was put away in storage or just left in the garage and shown to friends when they came over for drinks for many years. A long period of storage could do damage to only one cylinder.

This is how. When an engine is at rest there is going to be one intake or exhaust valve that will remain open. This is because the 12 valves for the 6 cylinder motor all run in sequence.  When you stop the motor one of them is going to be on it’s open cycle.  That open valve permits air and moisture to enter that cylinder while it sits.  This is no big deal over short periods of time because it is a long path for fresh air to go through the intake or exhaust to get to the cylinder.  It could be left like this for a few months in a moderate climate without issue. The cylinder walls, piston rings, and valves are freshly covered with oil from being run, and it will take a long time for that oil film to totally displace from gravity.  But if you leave a motor unturned for years, or maybe even months in a high humidity environment, rust can form on the delicate raw metal sealing surfaces, often the piston rings.  So that was the UC7 stress that got my Datsun.  The irony of course being that the individual who put it away and only looked at it for so long was trying to preserve it.  They should have been a little more of a car guy to know to “fog” the cylinders on that last shutdown before the big sleep.  “Fogging” is having the air suck in a thick cloud of a much more viscous/waxy oil that will coat all these surfaces and stay in place for much longer.

I don’t remember all the other stories people shared during the session because they weren’t’ car related.  But I remember other people found them interesting.