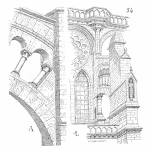 Researchers in psychology and other social sciences have long been aware of the observer effect—a phenomenon that occurs when the subject of a study alters their behavior because they are aware of the observer’s presence. Researchers typically design their experiments to reduce or eliminate this effect to avoid skewing the results of the study. Beyond the realm of research, though, an understanding of the observer effect and its applications is valuable wherever people’s actions are being evaluated.

Communicating the message that “you’re being watched” can effectively deter undesirable behaviors in many contexts. In the middle 1980s, crime raged out of control on New York’s subways, rendering it one of the most dangerous public transportation systems in the country. In response, the New York Transit Authority hired veteran criminologist George Kelling to help reverse this formidable trend. Instead of tackling the violent assaults and robberies, Kelling went after the vandals and toll-cheaters with vehemence. By consistently arresting and prosecuting these minor criminals, the transit authority sent out a clear message to all criminals that the subway is being watched. As a result of Kelling’s direction, violent crimes on New York’s subways dropped substantially in just a few years.

This same observer effect can also be employed in manufacturing and quality processes to bring about similar positive changes.

Early in the study of ergonomics and industrial psychology, a classic case of the observer effect misleading researchers emerged from the Western Electric Company’s manufacturing plant, Hawthorne Works in Cicero, IL. During the 1920s, Harvard professor Elton Mayo and his associates conducted experiments to determine the effect of environmental conditions such as workplace lighting on production efficiency. Mayo designed his lighting experiments around small groups of mostly female workers while they assembled relays and other phone system components.

At first it appeared to Mayo that increasing the illumination in these work cells led to increased production. Later he found that any changes to the illumination—even dimming the lights lower than the pre-study levels—also yielded an increase in production. In the end, he and his associates concluded that the workers performed better because of the attention given to them by the researchers. In short, the workers felt important and appreciated, and as a result, performed better. These early studies sparked new research initiatives in ergonomics, management, and social dynamics that continue to this day.

Similarly, the observer effect can skew a quality auditor’s findings. For example, if an assembly laborer with a history of quality problems knows that a process auditor is watching her, she may be unnaturally inclined to closely follow her inspection procedures. While not under the same scrutiny, she may not be as diligent. In this case, experts might recommend the auditor use unobtrusive measures, such as observing the assembly laborer from a distance, to determine if the laborer was trained properly and is correctly inspecting her parts.

By the sheer size of many manufacturing and service companies, it is not difficult for even stellar employees to feel “lost in the crowd.” Knowing that their efforts are seen is a substantial motivator for most employees. Quality and manufacturing managers who look for and communicate information about their team members’ performance deliver a subtle message that goes beyond just the facts—it’s a message that says, “Your contribution matters.” And that’s a message that cultivates an environment of excellence.

To rachet up your manufacturing skill set at an affordable price, check out the variety of quality, manufacturing and business-finance related online courses Ray Harkins teaches on Udemy.com:

« Show me the money!
Assessing Your Storeroom »