Innovative Thinking in Reliability and Durability

I ,Baldev (call me Dev) Raheja, apply creative thinking through training and brainstorming in cross-functional teams. Some improvements are so innovative, they cost little or nothing but their ROI (return on investment) is at least 1,000%, and as much as 10,000%. This approach allowed me to rescue a power transformer manufacturing company from going out of business. Our reliability improvement was so high; we gave 15-year warranty to power companies in 1975 when no one in the world gave more than one-year warranty. You will gain lot of innovative learning from these articles.

In November 2019, General Motors recalled over 640,000 pickup trucks worldwide because hot gas from a high-tech seat belt can set the carpeting on fire [1]. The recall covers 2019 and 2020Chevrolet Silverado and GMC Sierra 1500 trucks. Also included are some 2020 Silverado and Sierra 2500 and 3500 heavy-duty pickups. All have carpet as a floor covering, GM says it uses a small explosion to move a piston that tightens the belts before a crash. The explosion can release hot gas through an opening in a bracket, possibly setting the carpet on fire. The company reports two fires but no injuries. END_OF_DOCUMENT_TOKEN_TO_BE_REPLACED 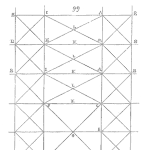 Human Errors may be Unpreventable but, Preventing Harm is an Option

“You can’t cross the sea merely by standing and staring at the water” – said Rabindranath Tagore, Nobel Prize recipient for literature. Not preventing harm is an example of this quote.

The quotation is an inspirational reminder that people achieve nothing unless they take purposeful action that has measurable results. Taking action on potential human errors, so that harm to system users is totally prevented, is a very productive goal because its impact is highly significant.

This article mostly discusses safety in hospitals because everyone is familiar with safety issues in healthcare. The principles equally apply to any process such as design, manufacturing, construction, and aerospace (Boeing 737 Max is an example). END_OF_DOCUMENT_TOKEN_TO_BE_REPLACED 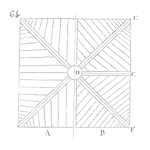 Forming an ideal system’s approach to designing new systems involves developing paradigms, standards, and design process models for developers to follow in their future design efforts. These paradigms are called “words of wisdom” or golden rules [1]. They become the guiding lights for your product management needs. END_OF_DOCUMENT_TOKEN_TO_BE_REPLACED 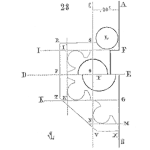 Knowledge of the right things comes from practicing the use of lessons learned. One must utilize the accumulated knowledge for arriving at correct decisions. Theory is not enough. One must keep becoming better by practicing. Take the example of swimming. One cannot learn to swim from books alone; one must practice swimming. It is okay to fail as long as mistakes are the stepping stones to failure prevention. Thomas Edison was reminded that he failed 2000 times before the success of the light bulb. His answer, “I never failed. There were 2000 steps in this process.” We can use the following lessons learned. END_OF_DOCUMENT_TOKEN_TO_BE_REPLACED 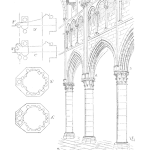 Most senior managements don’t know that Reliability can get them high profits very quickly. And therefore high return on investment. Hyundai’s Ten Year Warranty. Their market share was going downhill for over ten years, suddenly it started to go upwards instead. All because of high reliability!

The impact of reliability extends far beyond reliability itself. It establishes the cost of warrants, repair, maintenance, logistics and the indirect costs of unavailability, downtime, and the COST OF SAFETY RECALLS which runs to hundreds of million dollars., and throughout the life of the product. This paper presents an outside-the-box view of how to get the best results by aiming at twice the life in the product specification and by preventing the high-risk failure modes resulting in an extraordinary return on investment, as much as 10,000%. END_OF_DOCUMENT_TOKEN_TO_BE_REPLACED 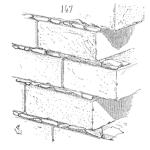 (Reproduced from the article “Death of a Reliability Engineer” by Dev Raheja, Reliability Review, Vol. 30, March 2010 with permission)

When I first wrote the article in March 1990, I implied an ‘F’ grade to reliability engineers. Now almost 20 years later, I would give them a “E’. Yes, there is a little improvement but nothing you can write to your mother about.

The MTBF cancer was wide spread and is still wide spread in the DoD. The only reason I upgraded the reliability engineer from F to E is because the MTBF in some industries is no longer used such as in the automotive industry. They use the failure rates instead to hide their shame.