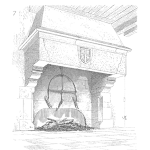 The majority of times that a Root Cause Analysis (RCA) is ‘required’ is often due to some type of threshold of pain being met. Someone is hurt, we’ve had an environmental excursion, we lost a lot of money in throughput or equipment damage, we violated some regulation, etc. Essentially, when the ‘suits’ show up, something bad has happened and we will do an RCA whether we like it or not. This is the basis of ‘reactive RCA’, where we respond to an incident that has already met certain defined requirements, often called ‘triggers’.

What about the chronic failures that happen each shift and become a cost of doing business, but do not meet the trigger requirements? We know which ones these are because they are no longer a failure, they are part of the job. These are rarely found in our recording systems because they happen so often and are so easily fixed (to get back to where we were), they are hidden in plain sight.

Knowledge of these chronic failures are in the heads of our front-line warriors. It often takes too much time to input such occurrences into the CMMS system, so it is not worth my time. These are the gold nuggets that need to be mined, and are often the ones that produce much greater ROI’s than the more sporadic type of events. On their individual occurrence, these chronic failures are viewed as insignificant. However, if we stepped back over a year’s time and looked at their cost/occurrence (labor, materials and downtime alone), they would far outweigh the annual costs of the more sporadic types of failures….hands down!

How does one make the business case for proving to the ‘suits’ that these chronic types of failures are eating our lunch? The attached article, Getting to the Root of Chronic Failures, will explain in detail how to make such a case, but let’s look at a ‘teaser’ scenario.

Take any repetitive task (no matter where you work), for example ‘delays at job site due to wrong/incorrect parts staged’, and do the following calculation (Frequency x Sum of Impacts [Labor $, Materials $, Downtime $]):

For the sake of example, we will assume there is a 1 hour delay on the project until we are able to get the right parts and proceed with the planned job. Let’s say this happens 1/day somewhere on our site.

Every time this delay occurs, we waste an hour of each craft assigned to the project, as well as storeroom personnel and the parts runners. We will be conservative on their hourly rates and say aggregated, they total $150/occurrence.

We will throw in a low estimate of $50 for parts having to be restocked or thrown away.

We will continue with our conservative assumptions and say that a lost downtime hour on the operation will be $5,000/occurrence (lost profit opportunity).

The total annual loss of this chronic failure would be in excess of $1.8M USD.

This type of failure is not likely to be found as a line item in most any CMMS system, any Balance Sheet or Income Statement…it is just a golden nugget!

How many ‘golden nuggets’ do you know about in your work environment? What would you estimate they cost your organization per year (that they will never know about unless they ask you!)?