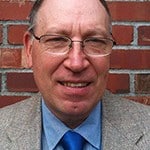 A predictable surprise is a risk event that in some form is known within the organization. It is of a nature that if left unresolved, it could be costly.  But fixing the problem appears to have larger short run costs, than long term benefits.  The Volkswagen diesel emissions fraud is one such example. It also a case where the penalties imposed outweighed the short term costs. Moreover, had a risk assessment occurred at several points along the way, there might not have been a scandal.

Volkswagen is being sued by investors for $ 9.1 billion in damages over the falsification of emissions data on its diesel automobiles.  In the U.S., there was a $14.7 billion settlement.  While the amounts may have surprised Volkswagen management, the cause should not.

The problem was the use of a defeat device. A defeat device is a computer program, which looks for the conditions which indicate laboratory emissions testing.  When the conditions are identified, the computer adjusts the engine to reach acceptable emission levels.  Such devices are illegal in the United States.  Further, the Environmental Protection Agency had heavily fined General Motors and major truck manufactures for using such devices.

In 2007 Volkswagen announced a strategic goal of surpassing Toyota as the number one automobile manufacture by 2017.   A key to reaching this goal was to increase diesel sales. A year earlier, engineers adopting Audi diesel software to Volkswagen automobiles found a defeat device. Despite the knowledge of its illegality in the United States, as it became obvious that meeting emission standards were going to be difficult, it was decided to continue to use the software.

In 2013, the International Council on Clean Transportation awarded a contract to conduct road emissions tests on diesel vehicles.  The tests were conducted in California.

California has the most stringent environmental regulations in the United States.  These regulations are enforced by the California Air Resources Board (CARB). CARB has a reputation for tough enforcement. Their reputation is such that a dozen states including New York, Pennsylvania, Maryland and most of the New England states, will not allow any vehicles to be sold in their states unless first approved by CARB.

The results of the test showed that the BMW performed well, but the Jetta and the Passat exceeded permitted levels. Volkswagen officials were aware of the tests. Further, when the findings were published they reviewed the results.

Because of the test results, both EPA and CARB declared their intension to do further testing. In addition, CARB asked Volkswagen for technical information on the computer program and diesel engine performance.

Not only did the scandal cost Volkswagen large sums of money, it also impacted their reputation for innovation in diesel technology.  Tragically, this could have been avoided. Engineers knew early on there was a defeat device and that it was illegal in the United States. Volkswagen management knew of the road tests and the results. Had they, in the first instance, stopped using the device, they would have encountered technical problems meeting emission standards, but seen no reputational or monetary loss.  Had they admitted to the device in the second, the penalties would have been far less than what was imposed.  While the risks were assessed in the 2014 meeting, management ignored them.  They rolled the dice and lost.

James Kline is a Senior Member of ASQ, a Six Sigma Green Belt, a Manager of Quality/Organizational Excellence and a Certified Enterprise Risk Manager.  He has over ten year’s supervisory and managerial experience.  He has consulted on economic, quality and workforce development issues.  He has also published numerous articles related to quality in government and risk analysis.