Now You Understand Your Risks: What’s Next?

Naturally, a lot of time and effort in risk management goes into understanding the risks that you face. After all, if you don’t understand what you’re up against, there’s not a lot of risk management to be done. However, even when you complete a comprehensive risk assessment, this is just the beginning of the process. Now the real work starts and you have to answer the big question. END_OF_DOCUMENT_TOKEN_TO_BE_REPLACED

Black Swans and the Coronavirus

The term Black Swan has been used frequently.  This is particularly so, with respect to the Coronavirus. In an earlier piece, I discussed the term Black Swan. Given the increased use of the term in the current circumstances, it is worth revisiting the concept. END_OF_DOCUMENT_TOKEN_TO_BE_REPLACED

[This article is the third in my COVID-19 series, helping organizations and people conquer the crisis. The first two can be found here and here.]

After the initial response to the emergence of COVID-19, businesses will have to organize themselves to survive the impact of COVID-19.

For countries that have successfully ‘flatten-the-curve’ and relaxing their social isolation, businesses will have to resume and ‘normalize’ their operations. END_OF_DOCUMENT_TOKEN_TO_BE_REPLACED 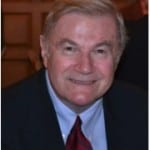 Choosing the Delivery Method for a Construction Project Can Be Risky

The Central Artery/Tunnel Project, known as the Big Dig in Boston, selected probably the riskiest delivery method which helped cause the massive schedule and cost growth it experienced. The delivery method is called DBB (design bid build). This article is not about the Big Dig but it is about the risks involved in selecting a delivery method for your construction project. END_OF_DOCUMENT_TOKEN_TO_BE_REPLACED

COVID-19 is now among the ranks of The Black Death, Spanish ‘Flu, and SARS.  Another submicroscopic demon is attacking humanity and bringing the mankind of this Information Age to its knees both physically and economically despite its insignificant size.

Viruses have been around longer than man and, when we become part of a future paleaontological record, they will still be plaguing whatever species takes over from us.

We also live alongside other virulent diseases that continue to plague the world.  In 2018, TB affected 25% of the world’s population and caused some 1.5 million deaths while malaria affected 220 million people causing another 405,000 deaths.  In addition, HIV/AIDS and other diseases such as measles, cholera, and typhoid contribute to the millions of deaths annually.  Starvation, while not a disease, decimated mankind at an estimated rate of 21,000 per day in 2019. END_OF_DOCUMENT_TOKEN_TO_BE_REPLACED 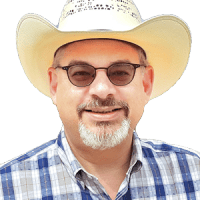 In an interview with the Wall Street Journal on November 19 ,2008, Rahm Emanuel was quoted as saying; “You never want a serious crisis to go to waste.  And what I mean by that [is] it’s an opportunity to do things that you think you could not before.”

He was referring to the crisis that was to become known as the “Great Recession” that gripped much of the world, hitting hardest from 2007-2008.  It was a period when millions of people lost their homes to foreclosure, nearly countless businesses declared bankruptcy; many being household names such as General Motors and Chrysler – along with a great number of financial institutions. END_OF_DOCUMENT_TOKEN_TO_BE_REPLACED

As readers of my pieces know, there are concerns about how ASQ is being managed.  These concerns have caused a split among the membership. Some hold fast and support corporate management, while others want changes. This piece is the result of a question and an exchange on the LinkedIn Restore ASQ community.

The original discussion question on Linkedin was: ‘Why didn’t the risk analysts see the pandemic coming’?  The exchange quickly devolved into those who felt that the disbanding of some ASQ Chapters is the fault of chapter members, not corporate and those who place ASQ’s troubles on corporate management. Considering the Coronavirus is forcing everyone to review assumptions, associations, and business models, it is worth visiting these issues. END_OF_DOCUMENT_TOKEN_TO_BE_REPLACED

Your assessment needs a clear framework to help you process the information you have and analyze the risks. Sometimes you will have one prepared but at other times, you need to do this yourself. Whatever the situation, you need to know what goes into designing and building a framework if you’re going to be successful.

You will often find that the categories, methodology and metrics you’ll use to actually evaluate your risk are given to you or prepared in advance. You simply take the information you’ve already gathered and pass it through the system.

But what do you do if you don’t have a neatly laid out process? Or how can you spot where there’s a flaw in the methodology being used? END_OF_DOCUMENT_TOKEN_TO_BE_REPLACED

Major projects, particularly infrastructure projects, can be spectacular in terms of their scale, timeframe, public and private investment, and the capital cost for their implementation.  Completion is often celebrated and overruns of time and cost are temporarily put aside, technical calamities become bygone memories, and ‘success’ is the order of the day. END_OF_DOCUMENT_TOKEN_TO_BE_REPLACED

Here are some practical considerations you need to make in developing and implementing your COVID-19 business continuity strategies for your organization or business, or even for yourself.

If you already have some form of business continuity plans already developed, execute them. Otherwise, you have to take a practical short-cut and use the information below to flexibly develop your next steps as you go. END_OF_DOCUMENT_TOKEN_TO_BE_REPLACED

In Uncertain Times, You Have More Control Than You Realize

When an individual or organization fears change and are uncertain, it’s usually in regard to digital technology disrupting their status quo or from new, fast-moving competition.

While I myself have discussed at length these fears and many more, few would have thought that in the early stages of 2020, our economy would be in a downturn, we would be instantly converted to remote work or laid off, and we would be quarantined to our homes due to a global pandemic. END_OF_DOCUMENT_TOKEN_TO_BE_REPLACED

The first part of the title is a nod to a book by the same name.  The book by Rosemary Gibson and Janardan Prasad Singh, “China Rx”, discusses the consequences of China’s dominance in the production of the world’s basic drugs and how it occurred. The “More” discusses the global supply train and how the Coronavirus is highlighting its downside. END_OF_DOCUMENT_TOKEN_TO_BE_REPLACED

What is quality? In a manufacturing or heavy industry, it is to minimize the defects and errors. Today it emphasizes customer satisfaction as well. It means quality is achieved if in the end the customer or user can effectively use the product. High quality is important to project success. Poor quality has a cost. END_OF_DOCUMENT_TOKEN_TO_BE_REPLACED 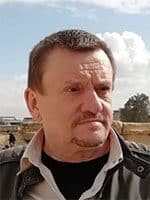 We rely upon skilled, able and talented individuals to assist in the successful delivery projects and improve businesses.  They are gifted in their niche areas of expertise and without their stellar performances, where would we be?  They are akin to the Prima Donna of an operatic performance and they are respected for their superior skills and ability.  But when respect turns to reverence the lesser mortals around them may flail in the wake of the rising star. Such reverence may well inflate egos and a “Prima Donna” in the derogatory sense of the term may well emerge.  As their egos grow their belief in their own abilities increases and they begin to ignore reality, make facts fit their needs, and take refuge in an ivory tower from where they may look down from on-high with their heads shrouded in the clouds of sanctimony. END_OF_DOCUMENT_TOKEN_TO_BE_REPLACED 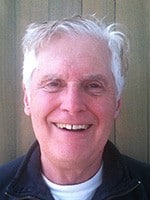 This has been one of the most disruptive week ins recent memory [late January 2020] – at the individual, country, and global levels.   I’ll go through a couple of these events. END_OF_DOCUMENT_TOKEN_TO_BE_REPLACED