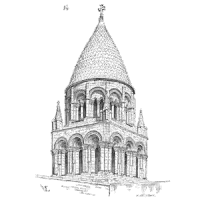 When I first began speaking at conferences in 1999 some of the statements I made regarding how to most effectively manage a Reliability Centered Maintenance program were publically criticized by practitioners of other methodologies.

Sixteen years later it seems that those who were at first critical of RCM Blitz® seem to have adopted nearly every change I made to make RCM easier to Manage, Facilitate and provide a return on investment (ROI) for the time it takes to train people, perform the analysis, implement the results, and perform the RCM tasks.

Speeding up the process

While the entire RCM world was facilitating and recording RCM notes on flip charts and then transferring the information to Excel spreadsheets and clunky RCM databases we developed an Access Database and used a co-facilitation model that allowed users to input RCM data live.

This change not only sped up the facilitation process but provided a more accurate recording of RCM information because the RCM team could see what was being recorded.  Our detractors at the time stated publically that trying to enter RCM data live was a distraction to the team and would, in fact, slow the process down.

Over a decade later nearly all RCM methodologies have a database or software tool that allows facilitators to enter RCM data live.

When we told the world the best way to perform an RCM analysis was to set up a blitz meeting format where the RCM team works everyday 6 to 8 hours a day over 5 days to complete an analysis, our critics countered that the folks from maintenance and operations could not stay focused for such long periods of time and would become burned out.

Having actually worked 15 years as a maintenance technician I knew better and had, in fact, performed nearly 30 RCM analyses using the Blitz format.

Several years later it seems the followers have come around to our way of thinking.

When and where do we use RCM?

We were told we had no idea of the potential consequences of our actions when we told the world that Reliability Centered Maintenance should only be performed on critical assets that would provide a clear return on investment for the time it takes to train facilitators and participants, select assets, perform the analysis and implement the results.

While the “experts” at the time claimed a thorough RCM analysis must be performed on every asset at your facility we clearly understood this was neither technically feasible nor worth doing.

Performing a through RCM on every asset at your facility would take several years and cost far more than it could ever return.

We were in fact well aware of the potential consequences of our Return On Investment strategy, show any manager a return on investment in less than 6 months and they will want to do more RCM Blitz™.

From the first day, I introduced RCM Blitz® to the market spare parts assessment and recommendations were part of the facilitation process.

Having actually worked as a Maintenance Technician, Team Leader, Supervisor and Reliability Engineer it was abundantly clear that one could not make sound maintenance strategy decisions if they didn’t first understand spare parts availability, lead time and cost.

But the pundits again claimed that this was an unnecessary step in the facilitation process stating “we make RCM decision with the assumption that the spares are readily available.”

Let’s just say I was shocked at this statement in a day and age when electronic components can become obsolete in less than 3 years and the most likely maintenance strategy would be run the component to failure (No Scheduled Maintenance) they didn’t believe it was important to ensure the component is stocked and listed as a critical spare?

Well, it turns out nearly 16 years later they have come to realize that spare parts are now critical in making sound maintenance decisions and following the leader most have added spare parts assessment as part of their RCM process.

It might seem incredible but the examples of the newly enlightened don’t end there, they also show up in new training materials and sales procures that now show a complete P-F curve (Asset Lifecycle Curve) that identifies, Design, Installation, I-P interval and P-F interval and while most never credit the source of their “New” illustration this curve along with the Saw-Tooth P-F curve all came from an article I published in UpTime Magazine in 2003.

We are also beginning to see others offer Trouble Shooting Guides as part of their RCM output; something we again offered from day 1.

Having now recognized the influence RCM Blitz® has had on the market place one of my long term customers asked me if I was worried.

I have to say I’m not worried, I’m proud. Proud that others are paying attention and learning. A bit miffed that most refuse to give credit for their change of heart or reference the suddenly new look to their P-F curve.

Last but not least I’m not worried because we continue to innovate, make our tools, training materials and methods easier to use and more robust.

I’m not worried because when it comes to companies selecting who is going to help them with their RCM effort and what methodology they plan to use they have two choices; they can select the people and method who have lead the change to make RCM work better, or they can select one of the RCM followers who is still playing catch up.

To me the choice is clear, go with RCM Blitz® the proven leader in the RCM marketplace.

« Managing Failures Before They Occur
When Management Doesn’t Listen »