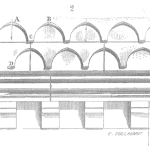 Reliability Centered Maintenance methods compliant with the SAE standard JA-1011 (“Evaluation Criteria for RCM Processes”) all have common features – they must, or they won’t comply with the standard. Those requirements are “minimum” requirements, as they are with any standard. RCM-R complies. But what makes it different and why?

The RCM standard and most, if not all, of the established RCM methods are firmly rooted in the past as it was defined by those few individuals who wrote the SAE standard. The standard and those methods have stood the test of time because they work, but we asked, “Can they work better?” Answer – yes.

RCM has been criticized as labour intensive and failing to deliver results. Yet, I’ve never seen an organization that actually follows the RCM method and applies it correctly that has failed to get results. Good analysis does require team inputs (yes, somewhat labour intensive), but it doesn’t need to be done on every part of every system – that is overkill. RCM-R incorporates criticality analysis, not required by the standard, to filter out assets that do not warrant use of such a rigorous approach. A weighted criticality analysis is also used to identify failure modes worthy of further analysis because of the consequences they create. This saves time and delivers high value decisions where needed most and with minimal effort and cost. Failure effects are quantified using an ISO-based risk matrix.

The training approach often used with RCM requires a lot of classroom time followed by an extensive mentoring period. Most of the learning is done during the mentoring, but many companies, weary of the high cost of the training, forego the mentoring. That is a big mistake that leads to failed projects and failed RCM programs. RCM-R takes a different approach. It puts trained analysts and facilitators to work quickly, without wasting excessive time in classrooms. Packaged case studies are not used to train facilitators. They learn in the field on their real systems performing RCM-R projects with experienced and certified mentors. It takes less time, they get more and better experience leading to certification sooner. Their first analyses are delivering results before the conventional approach to training even lets them out of the classroom!

Standard RCM projects often fail after the analysis is complete – they don’t follow through on implementation of results. Consequently, the RCM effort, invariably high profile, is seen to fail. The winners – those who benefit from being the heroes when equipment and systems break down –irresponsible maintainers who should be doing what they can to avoid those situations. RCM-R contains extensive guidance on implementing its outputs so there is less risk of this common failure. It also provides guidance on what to look for and what to do to ensure the results are sustained and adapt to future changes in the long term.

RCM-R has several technical enhancements. In “standard” RCM, a function statement (the first step in the process) can contain multiple performance standards that result from the actions of multiple assemblies, components or sub-systems. RCM-R addresses this by separating those confusing statements into multiple statements, making the analysis simpler right from the start.

In “standard” RCM, failure modes are identified together with their causes. They may have multiple causes, yet many analysts only identify a single cause with each failure mode. Omissions lead to flawed analyses and occasionally rework. Sloppy analysts fail to identify causes altogether. RCM-R separates the failure modes from their causes and enhances that through use of ISO 14224 classifications for failure mechanisms (that is, mechanical, materials, instrumentation, electrical, externally caused and miscellaneous) and then their typical causes (such as design, fabrication, operations and maintenance, management, age and miscellaneous). These cause the analyst to really think about the failure modes and their causes increasing likelihood of analysis accuracy. Root-cause analysis, only implied in other methods, is embedded within RCM-R.

The RCM-R decision logic takes a different approach – rather than classifying consequences first, it reaches conclusions about consequences as the decisions are made. This avoids any tendency to proceed down the wrong decision path due to confusion about consequence categories applying it when needed – at the point where you determine whether a task is worth doing. The decision logic questions are simpler to understand and less likely to be misinterpreted.

Standard RCM approaches assume the analyst is familiar with condition-based maintenance technologies. In real analysis teams, that is seldom the case. Often only one member has any exposure to those technologies and then, only with one or two of them. RCM-R provides its analysts with a solid grounding in the major CBM technologies and their application to enhance task decisions its teams will produce.

Modern asset management demands, and is mandated by regulation in some cases, to use evidence-based decision-making techniques. Standard RCM accommodates this but doesn’t provide any guidance on statistical failure analysis methods and how to apply them within the RCM context. RCM-R contains extensive guidance and in its advanced level of training, it emphasizes this statistical failure analysis component, which significantly enhances the quality of decision making and meets today’s expectations. Mathematical rigour is applied to failure type identification and task frequency determination through Weibull and RAM analyses, suitable even with very small data sets.

Standard RCM is usually taught by qualified instructors, but facilitation and analyst qualifications are less-rigidly controlled. Even instructor qualification standards have fallen as the experience level of those instructors has fallen. RCM-R includes a rigorous certification path for analysts, facilitators and instructors alike. The training and qualification methods are by no means cumbersome nor expensive, so they place less of a hurdle to ensuring that everyone participating has sufficient knowledge and skill at their role so completed analyses are of the highest quality.

RCM-R takes an established and well-proven method, improves on its weaknesses and adds what is missing while ensuring quality results with less effort and cost.

« What Are You Born To Do?
Coronavirus: Assessing Risks »