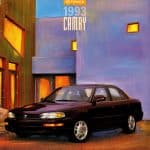 Toyota just issued a recall of all 1993 Toyota Camrys. Tokyo-  “It’s simply time for drivers to move on.” Then added “We understand that the 1993 Camry was tremendously dependable, but, honestly, there’s just no excuse for driving a 24-year-old car at this point. You could have updated features like bluetooth and a backup camera” said Toyota spokesman Haruki Kinoshita. While Toyota is reportedly confining its recall to the 1993 Camry, it also issued a warning to owners of 1994 to 1998 models alerting them to the fact that they were really starting to push it.
I can’t take full credit for that joke.  But like most satire it is inspired by a reality. I actually just walked by this car in a parking lot a few hours ago.Reviewing a published list of the most dependable automobiles one thing stands out.  Many of the manufacturers listed have only one model that made the list.  Toyota has eight!  So Toyota has got something figured out, but  that’s 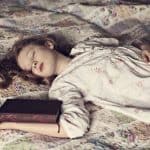 yesterday’s news.  They wrote a book about it, other people have written books about it, there are classes on it, and every quality and reliability professional has written enough articles on the topic to create a very effective bedtime story that could be read continuously for the life of a Corolla. It would be titled “Toyota’s Quality department says it’s time to go to sleep.”

What I think is worth discussing is “Why do the majority of the manufacturers on the list only have one vehicle that made it?”  In my opinion they’re no better than other manufacturers who didn’t make the list. If you can’t replicate creating highly reliable products then it was simply luck that you made one.  This is analogous to talking with a millionaire at a business conference and then finding out they are a lottery winner.  No longer impressed.

I very often see this from the inside but in a harsher form.  The company has a “work-horse” product that has great quality and high profitability.  It’s been sold for years with great success but it’s time to create the next gen. The new model is based in many of the same components and technology but with a few changes. To everyone’s surprise it ends up being a trouble child with many issues that can’t be pinned down, “Why can’t you be more like your older brother?”  In some cases the company has to revert to postponing taking the legacy product out of production. 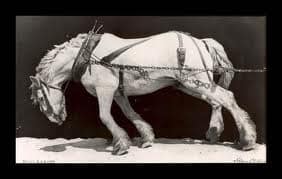 The root cause of this is always the same “You got lucky with the reliability of the work-horse.”  The first generation of the product was a success not because of a solid understanding and control of the variabilities of manufacturing and use that could affect reliability.  It was just luck that those variabilities rarely overlapped with the range of normal stress to induce a failure.  By changing an apparently bening feature or process the margin on the variability was used up. The worst part is finding that needle in a haystack while under the pressure of a production schedule.  A horrible situation that doesn’t just affect the new product release, it drains resource allocated to other programs.

I advise teams to study variabilities in existing and legacy technology even when things are going well. Especially when it is going well.  That is when you have bandwidth to do it without impacting new initiatives.  This is the process I advise

There’s a big difference between simply not having issues, and knowing why you don’t have issues.