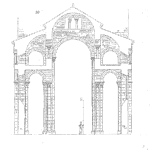 Reliability allocation usually starts from past experience and is first performed at a higher level of subsystems instead of lower levels such as components sourced from different vendors. This level of detail is more appropriate during the first stages of design. It is not efficient to develop a detailed design and then have to redesign and reallocate reliability if the initial allocation is not achievable. The assignment of reliability values between the components can be made based on the complexity, criticality, estimated achievable reliability, or whichever factor the engineering team performing the analysis deems important.

Many benefits exist from RBD analysis. It allows the maximization of costs and design benefits in allocation; it provides a realistic view of subsystem performance required to meet system objectives; it shows the most cost-effective areas for design improvements, and avoids putting design efforts into subsystems that may not gain any additional reliability by improvements. RBD analysis is an essential part of DFR and should be performed early in the design of every system.