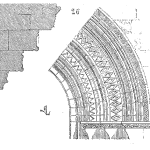 Having been invited to evaluate reliability practices within a company, I conducted a series of interviews with various staff members. When asked any question on the reliability techniques used, members of the engineering, procurement, operations, and quality departments all responded with nearly the same comment: “Oh, the reliability guy does that.” It appeared that the organization had one reliability engineer who did everything related to reliability. His interview was scheduled last that day. I was looking forward to meeting him.

The sole reliability engineer supported three design teams working on similar products. He set the reliability goals, worked out the apportionment, calculated the derating and safety factors on most elements of the design, worked with vendors to secure parts for accelerated life testing, conducted HALTs and a range of environmental testing, established any testing related to reliability for the manufacturing team, and monitored field issues, failure analysis, warranty estimates, and other aspects. He was working long days and was often unable to address all the issues that arose. He knew reliability engineering but did not have time to conduct all the tasks necessary to help produce reliable products.

He and I agreed that this situation this was neither sustainable nor beneficial to the rest of the team. Although he felt valuable and sought after by nearly everyone in the organization, the expectation was that he would do everything related to reliability. We agreed that many of the engineers and managers within the organization had the capability to take on most of the reliability work. They just needed to know how. He then sighed, lamenting the fact that one more time-intensive task had just been added to his day.

We talked about ways to facilitate this transition. I talked to the engineering and operations managers and they agreed they needed to spread out the work and that many of the tasks would be best done by their engineer once they learned a little more about reliability engineering.

About a month later I heard that the reliability engineer had left the group to take a new position. We talked briefly and he said that the former team meant well but never found time to learn or take on any tasks, citing the need to get the product out. “Could you do it this one time?” had become the common repetitive request. Nothing really changed. When he left he took the entire reliability program with him.