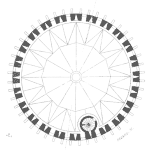 In the early years of inkjet printer development, our standard industry reliability testing plans used at HP were not capable of finding potential problems as the product matured.  The following issues were found as printer technology continued to develop.

Inkjet printer technology evolved at a fast pace during the 1980’s and 1990’s.  Since color was introduced with the use of inks in the printer, the customer was given much more flexibility compared to black and white impact and laser printers.  This resulted in changing customer performance expectations.

Initially, the customer focus groups stated that they wanted speed and reliability as the highest priority deliverables.   Once HP delivered on those, the customers fed back that parameters like color-fast (colors would not fade over time), light-fast (brilliance of colors would be stable in sunlight) and highlighter-fast (ink colors would not smear when highlighter pens are applied) were now highly desirable.  This required additional chemistry and product algorithm changes as well as new reliability testing plans for the next generation printers.

Another good example of how things can change as products evolve was when HP developed a cheaper printer.  The reliability test plan was initially based on use of printers on industrial factory floors and in the office building.  As prices of printers kept falling, printer applications started to include home offices.  Home use of printers placed the printer on bookcases, floors and tables which resulted in contamination from new sources. The worst issue found was when dust and animal hair attached to the printhead and smeared the wet ink as the printing progressed.  This caused a major design change of the maintenance requirements for the print head as well as more robust reliability test plans. (Ref. REI book p14 – 17)

The inkjet printer was initially developed in the USA for North American markets.  Ink cartridges (containing ink, water and chemicals to produce the correct performance and print quality) were manufactured at a few sites in the USA and shipped to USA distribution sites.  All testing used stresses and environments found in these areas.

As the product matured and grew in popularity, the demand forced manufacturing into other parts of the world.  Shipping cost then became a large factor forcing the  water to be added to the ink at the local manufacturing sites.   Also, paper was now fabricated from local materials.

Unfortunately, water chemistry and paper properties in these worldwide areas were radically different from North America sources.  Printing was found to be influenced due to factors such as environmental pollution, wood fiber properties and paper coatings.  Thus, chemistry of the inks had to change as well as reliability test plans (Ref. REI book p12)

When developing a reliability test plan for new product, make sure to estimate the long-term strategy for both product and customer expectations.