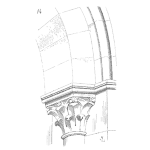 Business today is more competitive than ever. As a result, successful business leaders often need to make quick decisions with less than complete data. The wrong decision could result in significant losses, layoffs, or worse. This is where quality professionals and other data-savvy specialists can offer some assistance: by making the best analysis possible given the available data.

Without a deeper understanding of analytics, most managers make their projections based on single point estimates like average revenue, average cost, average defect rate, etc. Afterall, the arithmetic average of any of these values is generally considered the best guess to use for projections. But complex decisions with broad potential consequences deserve more than “back of the napkins” estimates. They require the use of all available data, not just their averages.

Monster Machines, a manufacturer of custom off-road vehicles, began purchasing axles six months ago from Axles “R” Us. But Axles “R” Us has struggled to meet their production demand, resulting in Monster sourcing additional axles from A1 Axle four months ago. However, the quality coming from A1 Axle has been lower than expected. As a result, Monster’s quality manager, Mike Rometer, is wondering whether an investment in additional workstations at Axles “R” Us, which would allow them to meet the full production demand, is a good decision for Monster.

Given the various costs and savings associated with sourcing axles from a single supplier, Monster’s CFO, Penelope Pincher, estimates that a monthly savings of $750 on incoming quality is needed to justify the elimination of A1 Axle. Mike needs to determine if Monster could save $750 per month by sole sourcing the axles from Axles “R” Us.

He tallied the monthly incoming quality cost records for both suppliers with the following results:

With Monster’s proposed investment, Axles “R” Us will be able to meet the production demand without the need for a second supplier.  Axles “R” Us has also guaranteed their quality costs will not increase even with the added production. Thus, Monster’s proposed investment coupled with Axles “R” Us’s quality commitment results in an average quality cost savings of $1,024.79 per month. This is well above Penelope’s threshold of $750 per month, and therefore looks like the obvious choice.

However, each supplier’s average quality cost is a mere single point estimate of their incoming quality. While a valid estimate, the arithmetic average isn’t complete enough for use in critical decisions as it ignores any variation in the data.

To better understand the spread of the cost data over time, Mike started his new level of analysis by first calculating the standard deviation of his quality cost data for both suppliers. The standard deviations were $166.99 and $117.44 for Axles “R” Us and A1 Axle, respectively. He then used the Shapiro-Wilk1 statistical test on their data, which allowed him to infer that in fact their quality costs could be modeled with a normal distribution.

Mike’s analysis showed the staff at Monster that single-sourcing their axles from Axles “R” Us is likely to save them more than $750 per month, but it’s not the sure bet suggested by his analysis using the averages only. Understanding that their risk of failing to exceed the $750 threshold is about 9% may influence their decision.

Mike knew that his second analysis, while intricate, utilized more of the available data and offered an estimation of risk not attainable by simply examining averages. But he also knew that this second analysis also depended on the accuracy of each supplier’s distribution parameters. After all, repeated sampling to estimate these same parameters would generate slightly different results each time.

In fact, random variables can be modeled with an infinite number of normal distributions, each with a slightly different set of parameters. Some models would be better fitting than others, but there is no way to determine which pair of parameters, if any, describe the “true” distribution.

These various pairs of possible parameters form their own distribution—a joint probability distribution—that analysts can use to account for uncertainty in the parameter estimates.

One class of algorithms called the Markov Chain Monte Carlo (MCMC) method is commonly used for this purpose. The specific algorithm used in this example is called the Metropolis-Hastings.3

When our quality manager Mike applied this MCMC method to the joint mean/standard deviation distribution of the Axles “R” Us and A1 Axle data, he generated Figures 2 and 3, respectively. Each distribution was based on 750,000 samples.

The first detail to note in these estimated joint probability distributions is that the single point estimates of the parameters, namely mean and standard deviation, are right in the heart of the MCMC sampled distribution. This should make Mike feel confident his earlier analysis was valid.

The second interesting detail is the range of possible pairs of parameters that could model the cost data. For example, normal distributions with means between $1,800 and $2,700 and standard deviations between $100 and $700 appear from the graphics to be useful model contenders for the Axles “R” Us data. Perhaps the wide range is primarily a consequence of having only six data points. But the fact remains that the uncertainty in these parameters is quite large. To reduce this range of values, Mike may choose to postpone his decision to single source axles until they can collect more data. Nonetheless, this is the best summary he can provide given the current data.

Mike’s newest analysis, accounting for the uncertainty in each supplier’s cost distribution parameters, raised the risk of not meeting the threshold of $750 monthly savings from 9% to 17%–a significant enough shift to potentially influence their decision.

As quality engineers and data analysts, decision makers often look to us to capture and crunch the data available to make major decisions. Analytical tools like MCMC allow us to extract far more insights than we could with the simpler, single-point estimate techniques.