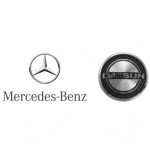 So I wrote about how Mercedes has crummy reliability per Consumer Reports.  I then threw a zinger at the end of the article saying I do have a Mercedes in the stable.  So here is moment in time with her before we put her away for the winter last year.  You will see the love/hate bloom and a benchmark with a 40 year old Japanese car. 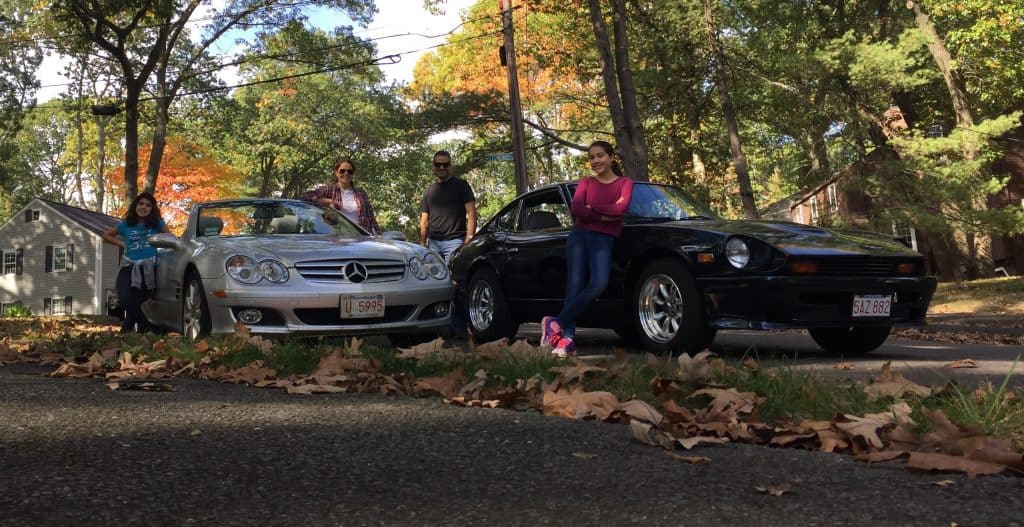 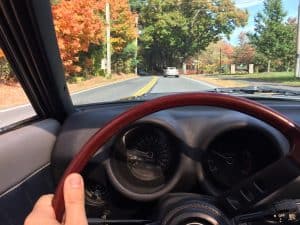 Both cars have awesome performance and are totally different and thrilling experiences.  The Datsun is raw, you know you are driving a “machine” you can feel everything happening. It always seems mad at you that you aren’t driving harder.  Double clutching is a must if you want to come into corners at unacceptable speeds.  The Mercedes is an almost unbelievable instrument of science.  It somehow makes you feel like you are floating on a cloud but  still handles like it’s riding on rails. The 400 hp is going to break the stitching in the seat back from your body weight before the ridiculously large rear tires break loose.  It’s a dream to drive.

The Mercedes gave us so many headaches throughout the day that my wife actually cursed in front of the kids, and she is the one who wanted the car.  My Datsun never even hiccuped.  It’s 40 years older.  But it’s so simple.  Everything on it is because it has to be, there are no un-neccesary peripherals.  Nothing was permitted on the car unless it was proven to an insane extent to be reliable.  I have the reports from the field testing they did around the world in a book about the engineering program (shut up I asked for it for Christmas).  This little Japanese company, with a drastically declining market share, took their precious prototypes and sent them to the US to do extensive city testing in LA and harsh environment in the Rocky mountains. The details in the data sheets is amazing.  A wiper blade that didn’t have enough stress margin was taken as seriously as a puff of smoke from the motor or a strange stutter in acceleration.

I actually replicated some of these tests unknowingly last year.  I purchased the car in March 2017 from LA and drove it all the way back to Boston.  Talk about 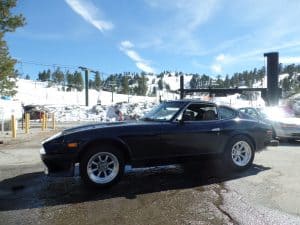 a leap of faith.  Buying a 40 year old car you are told has a redicoulsy (really almost unbelievable) low original mileage of 23,000 and just hoping into it and driving 3,000 miles with only an Uber app as backup. I cut a section of the exhaust behind the muffler to confirm it’s mileage before leaving just out of curiosity.  Exhaust creates condensation that sites at low points and the time at high temp creates a very consistent degradation of the pipe from the inside out, Arrhenius model. The thickness showed that it was legit. I didn’t get ripped off, yeah!

It did the top of mountains in the snow and then the dessert in the same day, HALT. Then did 100 mph for 40 minutes straight to replicate what I used to do with these things when I was younger and stupid, Stress Margin, and almost all use case and environmental parameters, cold morning starts in the Northern Smokey Mountains, fast twisty turny stuff on Route 66, lots of start stop in LA. 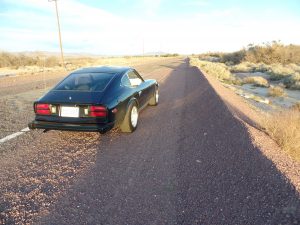 The Mercedes on our road rally, a short 4 hour drive, had the convertible hard top get stuck because of a low voltage condition from the computer electrical system. It’s super cool where with the push of a button the hard panels folds into two pieces above your head, the trunk opens backwards and eats it. Then it looks like it was never there. But I would rather a cloth top with two manual latches if it’s going to be fickle. The computer system in the car is so extensive that it has it’s own power system including a 2nd full size car battery.  Then we noticed  the headlights and dash flickered when you hit the brakes hard, race car hard, because the computer and multiple solenoid driven hydraulic system has a large current draw I guess? Turns out the computer processing for the 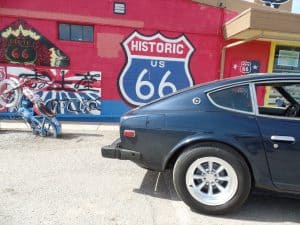 brake system is pretty significant and sensitive. The windows started doing this weird thing where when you rolled them closed they would then go back down about 1/8″.  It felt like being taunted.

So The Mercedes and Datsun are both exactly what they are supposed to be.  The Mercedes is an insane marvel of what technology can be put into a car and the owner should say goodbye to it at a staggering depreciation and get a new one after about 3 years.  The Datsun was designed to be a reliable alternative to unreliable but high performance European sports cars like the Jaguar E Type.  As planned the Datsun Z saved the company a likely demise and significantly hurt the European car market in the US.