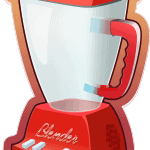 Another one bites the dust!

Apparently, my lovely wife is one of the best at finding stress testing limits of kitchen blenders, or we are unlucky at getting blenders that had some latent defect.  She has discovered the destruct limit of 3 blenders within months of use. She does not do in the formal HALT methodology, as they break in what most would consider normal use conditions. It may have been a valid HALT evaluation if she had started with soft or easy to blend materials, starting with o ice or nuts and measured the time to reach its destruct limit.

The range in cost of these blenders has been from $100 to about $26. There did not seem to be a significant reliability difference correlation with price.

All failed during a heavy load, such as grinding ice or chocolate chips.  The failure mode would be that smoke would come out of the base and it would not operate again.

Being a reliability engineer has made me always curious to why things break, especially appliances that should have lasted much longer, such as kitchen blenders.

So naturally, I took one apart by removing its base. Here is the photo of the base with the cover off. 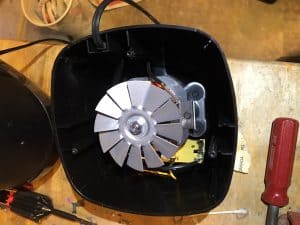 Basically a motor with speed control switches and easily separable mechanical link to the blades inside the blender container. Inside this blender, I could see the small circuit with a replaceable fuse, under the fan blade in the first image. 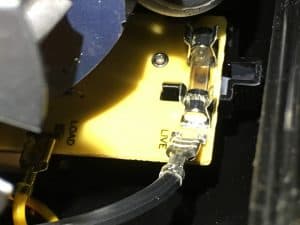 It is clear to see that with the dark burn mark on the fuse glass indicates it has done its job. It is a relatively inexpensive device costing a few cents, and it is in a replaceable holder. Unfortunately, it is not likely that the typical customer would disassemble the base to find this easily replaceable device and use the blender again. Another consideration is that the burned fuse may have been caused by a motor failure or the motor was damaged and replacing the fuse may not have fixed the blender.

Was there a better alternative?

How was the design decision made to place the replaceable fuse in a difficult to replace location that most users would not find? For electrical appliances, safety is a major consideration. In this case, the fuse did its job. It resulted in the failure of the blender. Most users are likely would toss this in the trash as with most low-cost product is hard to justify sending to a repair shop.

What alternative and at what cost could the designer have to use a resettable fuse, or put the fuse in a more accessible location to be replaced if needed?

It may have cost a few cents more or a dollar or two to make the fuse more easily replaceable or make it an externally resettable protection device, but lost future sales and brand reputation may have cost much more.

What do you think? Should the design for over-current protection be different?

To see or purchase Kirk’s new book co-authored with John Paschkewitz, “Next Generation HALT and HASS: Robust Design of Electronics and Systems” please click on this link.