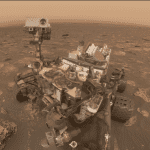 The Mars Rover is an incredible reliability story.  And as you may know they have decided to permanently shut it off. A friend recently sent me this email when he saw an article on it.

The Opportunity rover was supposed to last 90 days, and instead lasted 15 years.

Is that due to remarkable engineering, or was the machine really supposed to last that long and the scientists blew their calculations as to its “lifespan”?

I know it’s amazing!  It isn’t that they made any errors in calculations.   The way a design is made highly reliable is to make it robust to the variabilities of manufacturing, use, and environment.  In this case “environment” was wildly undefinable.  So the solution was to carefully define all the factors for these types of variabilities and make it as robust as possible to each.  So it won’t be until an environmental case that hit’s an extreme past their robustness margin that it will fail. All the margins addressed the stresses associated to random failures and wearout.  It’s interesting to see what the wear-out was like.  I wrote this article on the wheels a few years back.

What finally took it out isn’t a design failure.  It’s that it is going to experience the most epic sand storm in it’s 15 years there.  When the storm is over it will be buried so deep that it won’t be able to get out.  It’s batteries will die as well because the solar panels will be covered.  It’s totally feasible that someday a Mars astronaut could dig it out, put in new batteries replace some freeze damaged electronics and see if it will start up.  The electronics may be permanently damaged by the extreme cold temps of the Mars winters.  There are small heating elements that are used when it has been powered off or on standby currently to keep electronics above approx -40C.  When the batteries go 100% dead these will no longer keep the electronics safe and the electrical connections and solid components may crack.
-Adam
This was the last message from the Rover before they shut it off. 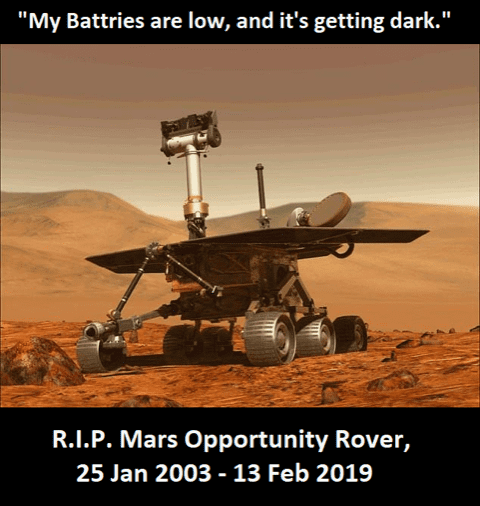