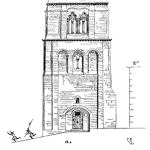 The 20th century was a time of great technological change that forever transformed how we live and work – changes that necessitated the birth and development of the field of Process Safety Management. The early years saw the evolution of mechanization into assembly lines and true industrialization.  Lack of access to South American nitrate during World War I, led to the creation of the synthetic chemical industry.  World War II fostered increased industrial growth and sophistication.  By the 1960s, we were building computers and beginning our race to the moon.  Industries grew becoming increasingly sophisticated and reliant on automated systems.  The 1970s brought the creation of the US EPA and OSHA.  The 1980s witnessed one of the greatest tragedies in the last century – an estimated 4,000 people died in the 1984 Bhopal accident. Since then, the process safety community has evolved in its approaches and methodologies to better manage risks.

But what have we, as process safety professionals, learned from the experiences of the 20th century? How can we use that learning to make the process industry safer in the 21st Century?

A more elegant way to analyze the accident data is to construct a fN curve, where f is the cumulative frequency of incidents leading to N or more fatalities.

In this fN curve,

Based on the 20th century fN curve, we observe

Prognosis for the 21st Century

Here are my predictions regarding the safety performance of the process industry in our  current century:

Every decade in the 21st century, the process industry will witness an incident that will result in at least 10 fatalities.

« Designing with Margin
The Hard Facts About Soft Skills »