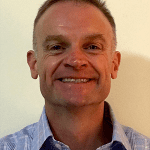 Effective execution is a matter of dealing with scarcity: a scarcity of time, a scarcity of resources, and scarcity of information (although too much information can also cause problems). Tools like a risk assessment help manage this scarcity by prioritizing things to allow you to better allocate resources on what’s most important.

But there’s a hidden flaw in this process which often means that resources are misallocated, and the most important things are overlooked.

Imagine for a moment that you’ve completed your risk assessment and you used a basic green / amber / red color scheme to help grade things. The reds will be the most critical, the ambers of moderate concern, and the greens are essentially OK. Eventually, you will end up with a graded set of risks that you can put into descending order of severity.

Unfortunately, you probably won’t have the resources to do everything on the list. Even if you are well resourced, you can’t do everything at once.

So where do you focus your attention?

If you’re like most people, you’ll say ‘on the reds’: your most serious risks. This isn’t wrong: reds are your most critical risks and pose the most significant obstacles to your success.

However, the problem is that people often know what the reds are, and they have already expended a great deal of time and effort addressing these. In short, the reds are taken care of.

Therefore, if you spend too much time focused on the reds, you are merely duplicating effort that has been expended already. Meanwhile, other serious risks – perhaps less severe reds and your ambers – aren’t being attended to.

So where should you actually focus your attention?

Focus your attention on the most significant risks which are receiving the least amount of attention.

These might be reds, but often it’s the risks that fall into the amber category. Ambers are serious but not quite serious enough to do anything about. The problem is that these ambers still threaten your success and can get in the way of your progress. And if nothing’s done to address these, then a combination of ambers can be enough to knock you off course. Plus, if neglected, your ambers will often develop into reds.

So when you’re wondering where you should be focussing your attention, don’t just look at the prioritized list of risks. Also, think about how much time and effort has been allocated already and where. Then identify the most significant risks which are receiving the least amount of attention. (And don’t forget to look in the corners.)

Your focus might still need to be on reds, but it’s often that second tier that’s starved of attention. And that’s where you need to direct your focus.