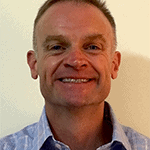 In David McKee’s book for children ‘Not Now Bernard’, a young boy tries to warn his parents about a monster in the yard, but they’re too busy to pay attention. All they say is ‘not now Bernard’ and ignore him. In the end, the monster eats Bernard and moves into the house, but his parents are still too busy to notice.

I don’t think the author meant this to be a homily about risk management, but this will be a familiar refrain if you’re a risk manager. The slot for the update on the risk register gets pushed to one side. Or your data is dismissed out of hand because someone doesn’t like what they’re hearing. Or you simply get shouted down.

Sometimes, you’re literally told ‘not now Bernard’ and told to come back at a more suitable time.

The problem is that often there isn’t a more suitable time.

Dr. Li Wenliang “tried to sound a warning that a troubling cluster of viral infections in a Chinese province could grow out of control — and was then summoned for a middle-of-the-night reprimand over his candor.” This cluster of viral infections was the beginning of the coronavirus outbreak, which has since spread across the globe and killed hundreds, including Dr. Wenliang. (NY Times.)

Back in 1986, Bob Ebling and Allan McDonald, rocket engineers at NASA, tried to warn of the dangers of launching the Space Shuttle Challenger in cold weather. Despite being able to assemble the key decision-makers and presenting a compelling, data-laden case, the launch went ahead, and Challenger exploded less than two minutes after launch. (NASA)

Not every situation will result in such a shocking outcome, but that’s often more luck than judgment. Meanwhile, the risk manager becomes less and less likely (or able) to speak up.

It can be easy to ignore a child like Bernard, or to silence a junior doctor in a tightly controlled state. But Ebling and McDonald were senior, experienced engineers speaking up in a take-no-risks culture. (My last ‘not now Bernard’ moment was a couple of weeks ago.)

So, unfortunately, there’s no aging out of ‘not now Bernard’ moments. And they don’t get any easier to accept. But you have to stick at it and hope that you, or your organization, aren’t eaten by the monster.

« MTBF versus Useful Life
Proactive Maintenance is More Covid, How “Covid” is Yours? »