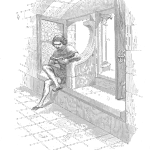 A discreet distribution useful when counting events within a time period.

It models rates, such as the number of gophers in your garden, paint scratches on your car, or the number of shopping carts that arrive in the 5 minutes before you in line. Essentially it’s the count of something over a time period or defined area.

The PDF for the Poisson distribution is defined by the mean, μ. Thus

Which determines the probability of exactly x occurrences in an interval having an average of μ occurrence. Setting μ to 4, 12, and 24 and plotting creates 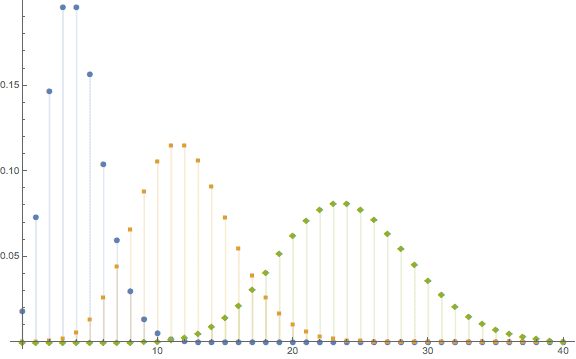 Plotting the PDF it generally appears symmetrical and almost normal distribution shaped. The mean equals the variance for the Poisson distribution though.

Where σ is the standard deviation.

The CDF for the Poisson distribution is defined by the mean, μ, as follows

This is essentially just adding up the probabilities starting with zero up to x of interest. Plotting the same means as above creates 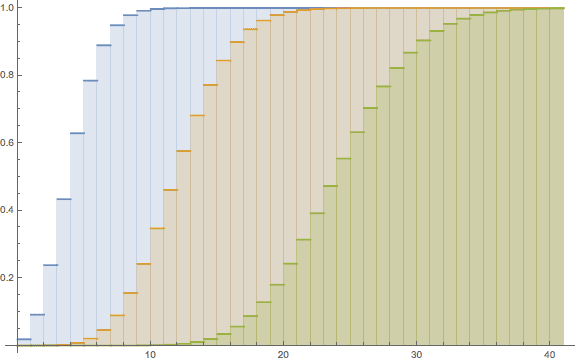 An example is in the previous post Poisson Distribution Calculation.