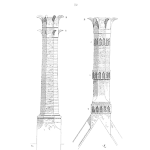 My limited formal training about America’s Industrial Revolution came in tenth grade history class. And my few remaining recollections of my studies from that era include characters like James Watt and Alfred Nobel, and their inventions, the steam engine and dynamite. Oh, and how could I forget Eli Whitney and his cotton gin?

Now 40 years later, my interest in manufacturing has grown far beyond these elementary school lessons, and the Industrial Revolution continues to intrigue me. Yes, this era was rife with its inventors and their inventions. But the enduring gains from this era were the philosophies of manufacturing that transcended the specific inventions.

Eli Whitney is one such example. The cotton gin he patented in 1794 mechanized the separation of cotton seeds from its fiber, replacing the slow, manual process that preceded it. Within 50 years, cotton became America’s leading export. Today’s $25 billion-per-year cotton industry undoubtedly stands on the shoulders of this giant of the Industrial Revolution.

But Eli Whitney broadest reaching contribution to American manufacturing is even greater than his famed invention – a contribution most people never realize.

Prior to his presidency, Thomas Jefferson served as America’s Ambassador to France, and in fact was living with his daughter in Paris when the French Revolution broke out in 1789. During his time in France, he had a chance meeting with a gunsmith named Honoré Blanc. Like all manufacturing in that era, craftsmen dominated the professions – making guns, furniture, or farm implements by hand, from start to finish. But Blanc was not the typical craftsman.

Inspired by the work of previous French artillerists who mastered the use of standardized shells and their mating canon barrels, Blanc adopted this philosophy in his gun shop. Instead of crafting each gun by hand, tweaking and adjusting each component along the way, he opted to make patterns and jigs for each component. Each part was then precisely matched to the jig before it was deemed fit for assembly. This approach minimized the variation from gun to gun, improving its time to completion, reliability, and repairability.

Recognizing the value of applying this philosophy of interchangeable parts to durable goods, Blanc attempted to interest his fellow craftsmen with little avail. Other gunmakers rejected his methods for fear they would threaten their employment and ultimately fail.

In 1785, during a demonstration of the versatility of his interchangeable gun parts, one spectator, Thomas Jefferson, caught Blanc’s vision of a better manufacturing process and immediately notified US Foreign Secretary John Jay. In his letter to Jay, Jefferson wrote,

“An improvement is made here in the construction of the musket which it may be interesting to Congress to know. It consists in the making every part of them so exactly alike that what belongs to any one may be used for every one musket in the magazine … The advantages of this, when arms need repair, are evident.”

Congress was indeed interested. In 1798, with the direct approval of George Washington, issued to the celebrated Eli Whitney a contract to manufacture 10,000 muskets made from standardized and interchangeable components. Although the contract was intended to last two years, it took Whitney’s nearly 10 years to build the nation’s first mass production facility and fulfill the government’s musket order.

Elements of Whitney’s original armory remain in New Haven, alongside a museum dedicated to teaching inventiveness to the young and old alike. But his efforts to standardize components in complex assemblies will forever remain a cornerstone of manufacturing.

To learn more about manufacturing, sign up for our low-cost online short courses including “Process Capability Analysis” or “Root Cause Analysis and the 8D Corrective Action Process”. Or find us at https://themanufacturingacademy.com/.

« Are You Leading From Fear?
When Metrics Drive Behavior »