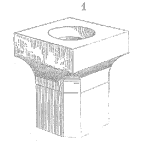 The easiest ALT is one that you operate an item more often then operated by the customer. Removing spans of time the item is not being bent, moved, heated, etc allows you to use time compression.

For example, a home kitchen toaster may be used for a few cycles during breakfast time in your home. In the lab, we can avoid having to wait the day of idle time and just make toast more often than just at breakfast to accelerate the operation of a toaster.

A Need for ALT

Let’s say we’re designing a new cable attachment for a bicycle handle bar gear controls. One of the concerns is the strain relief given it has to accommodate the handle bars relative movement to the bike frame.

We have a prototype design and am not sure it will last the expected 15-year life of the bike. The CAD modeling and finite element simulations track the motion and stress yet do not provide a direct means to estimate the time to wear out or failure.

The team suspects the dominant wear out is due to cyclic fatigue of the cable due to either vibration or the rotational motion of the handle bars. A point of high stress is the focus of the new attachment design. The team needs to make a decision to use or not use the new design in 3 months in order to meet the launch and production schedules.

In this situation we have a relatively complex motion of the cable, handle bar, and bike frame creating various stresses on the cable attachment. The cost to create the prototypes and bike structures involved are not significant. Doing a physical test seems an efficient approach to estimate the time to failure behavior.

Also, for any given day in the life of the bicycle, it will experience a few cycles of handle bar motion lasting rarely more than a few minutes per day. When handling a bike, before and after a ride, may see a few full ranges of motion cycles. When riding the system may experience vibration and small turns of the handle bar.

The bulk of the time the bike exists for the customers is actually a doormat with no vibration or cyclic stresses. We can eliminate the dormant time thus shorting the time to replicate a 15-year lifespan.

Seems this is pretty easy, just rotate the handle bars relative to the frame to cause the strain across the cable attachment. Do it as fast as possible and in a few days incur the same number of rotations as over a 15-year life.

No so fast (pun intended). If you swing the handle bars and thus the cable as fast a set of motors can impose, we may cause other problems that may cause irrelevant failure mechanisms.

For example, going really fast will not allow for any heat dissipation and add accelerating stress not found during normal use. Repeating the exact same motion may not catch the different amounts of damage incurred with slightly different motions thus producing optimistic results.

Think this though. How fast can you move the handle bars such that the dominant stress is the motion and not heat, for example?

Another caution is the consideration of stresses besides just motion that may naturally lead to the cable attachment failing. If the primary risk is due to the motion, that is a starting point. What else can impede or accelerate the failure of the new design?
UV degradation of the polymer strain relief element or solvents, cleaners, debris, freeze/thaw cycles, etc all will occur to a fielded product, yet do any of those stresses change the path and rate of failures?

Think this though. In an ideal world we can swing the handle bars say once a minute (maybe a little faster) and still achieve a high acceleration factor along with meaningful results.

In time compression testing we often use a single applied stress or cycle of motion as a means to apply the maximum strain and thus damage as opposed to using less stress which occurs in reality more often. This is fine if the damage and eventual failures is the same as with the lighter applied stress.

The acceleration factor for time compression relies on the knowledge or assumption that applying stress or motion more often does not include some other stress factor, such as heat build-up, and replicates the same failure mechanisms as during normal use.

The better you know the use pattern of the product, in this example, the number of motions and their angles, the more accurate your acceleration factor will be.

Many of these types of tests tend to use worst-case sets or cycles of stress applications in order to further cause acceleration. While difficult to model the degree of the partial rotation of strain and thus damage, it is possible. Often using the full range of motion does provide a bit of margin over the expected number of cycles in use.

Given the estimate of field behavior may be little more than an educated guess, have a bit of margin helps to draw conclusions and not have to worry too much about the range of constraints the testing will incur.

Let’s say we know that in the customer’s hands the handle bar will rotate over the full range of motion 10,000 times over 15 years.

Ok, if we expect 10k rotations in 15 years of use, and we can rotate the handle bar once per minute without building up excessive heat, we can expect the test to last for 10k minutes to replicate the expected 15 years of use. 10k minutes is roughly one week if the testing runs 24/7.

In this situation there isn’t really an acceleration factor since we are using one rotation of the handle bars in the lab equals one rotation in the field. They are the same. Thus if we rotate the bars 5k times and the attachment fails, that roughly means we would expect similar failures in about 5 years. I would take about 5 years for a normal use bike to experience 5k handle bar rotations.

If we’re testing using the full range of motion, and not some replicate of a day’s set of normal motions, then we can assume the time to failure interpretation is conservative, meaning the actual time to failure is probably longer than we’re estimating.

Keep in mind that if any failures occur in the lab it is well worth your time and resources to conduct a detailed failure analysis to fully understand the failure mechanism that actually occurred. If different than expected, it would be wise to question the validity of the results unless the acceleration of the failure mechanism is well understood.

Time compression ALT is easy to design and explain. The results are generally straightforward to interpret.
There are a few things to keep in mind to avoid getting very misleading results. Finally, always conduct detailed failure analysis on any failures during testing.

If you spot suitable conditions to conduct a time compression ALT, go for it, the ability to estimate future field failures doesn’t get much easier with any other method.