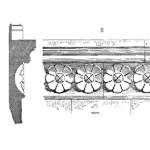 It may be possible to pass the CRE exam knowing one formula.

The math elements of the exam may take a bit of time to solve, and knowing reliability statistics well is a good plan heading into the exam. Knowing the exponential distribution reliability function is one that you should memorize.

For some reason, it is a favorite formula for questions. Maybe because it is simple, is a key concept or because a lot of questions have been written using the formula. I don’t know.

The reliability function provides the probability of success or surviving till a time of interest. So, we want to know what is the chance our new car will survive 5 years if we have the failure rate (or MTBF) we can calculate the probability. The results may be since the car’s reliability over 5 years. I hope my car is 99% or better over five years.

The Reliability Function for the Exponential Distribution

Given a failure rate, lambda, we can calculate the probability of success over time, t. Cool.

Let’s say we want to know if a new product will survive 850 hours.

We have data on 1,650 units that have operated for an average of 400 hours. Overall there have been 145 failures. We are assuming an exponential distribution – thus we do not need to know the time to failure for each failure, just the total time and number of failures.

The problem does not provide a failure rate, just the information to calculate a failure rate. For lambda we divided the number of failures by the total time the units operate. We’re given 1,650 its ran on average 400 hours, thus 400 time 1,650 provides the total time.

Based on some testing we find a failure rate and can calculate the probability of success (reliability) over a time period of interest.

The basic assumption is the failures have an equal chance to occur each hour of operation, which if true (and in real life, you should check) then this is a pretty simple calculation.

« Preventive Maintenance Goals and Activities
Is this FMEA good? »