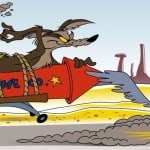 I don’t know if you recall a post from my blog, “HALT Testing is Not Always In a Chamber”,  that discussed what I consider to be the first documented HALT test.  Well I just found a video of the design solution in action and it is super cool. I discussed how during 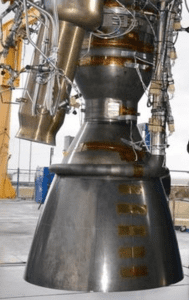 the development of the F1 rocket motor, for the Apollo space program, they solved a design issue with a HALT technique, although they didn’t call it HALT at the time.  The issue they were attempting to solve was the thrust nozzles fracturing due to oscillating vibration.

The team was unable to solve this issue due to the difficulty of observing or recreating this failure mode and it’s derivatives. Unable to easily observe or recreate it on command reduced opportunity for design iteration testing and advancement of the F1 program. The solution to this challenge was to set off dynamite (black powder) charges in the nozzle when it was firing to create shock waves that would surely fracture it. By 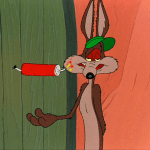 observing the fractures they were able to optimize the design and eliminate this failure mode.  They actually created such a  robust design that it would dampen out any applied vibration naturally.

This is a video I recently came across of the space shuttle nozzles ramping up before launch.  The technology used here is a direct derivative of the F1 Apollo nozzles.    You can see the nozzles self-stabilize  as the motors throttle up.

Thank you HALT for helping us explore the great unknown.

Video of Nozzle Ramp Up