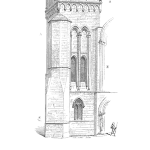 Oftentimes, Production may not know the value of using Reliability tools such as Opportunity Analysis (OA) and Root Cause Analysis (RCA) to gain more consistent predictable production runs.

Most production leadership has never spent time in Maintenance and/or Reliability roles; therefore, they see a different big picture. The pieces of the big picture are interconnected like a puzzle and most production people see the puzzle assembled one way, while the Maintenance and Reliability people see the puzzle assembled another way.

The Production leadership teams typically sees the pieces of the bigger picture as a system with the following flow: 1) receiving an order and 2) running the assets at capacity (or in many cases exceeding capacity for the volume of the order). During these production runs, decisions are made daily to:

•       To take unnecessary risks (implied) to get the production out in a timely manner.

The Production paradigm often is “the equipment is there to run product and any equipment breakdowns are not Production’s problem; they are Maintenance’s problem”.

Often the long runs cannot be maintained because the equipment starts to have component failures, which cause Maintenance to perform quick fixes (often called band-aid fixes) to keep the production running. Quick fixes accumulate. This is like tolerance stacking, eventually leading to major repairs. This method, over the long run, has cost companies dearly in secondary damage (cost to repair) and lost production.

The results are typically:

Maintenance and Reliability professionals know the value of a focused approach that enables equipment availability to produce higher, more predictable production output. Yes, it is important to get the customer’s order produced on time, but at what risk to company assets is considered acceptable to meet that order? Heavy repair costs and the like, eat away at the margins making the company less profitable.

It is possible to have equipment availability for long steady runs, but it takes discipline on the part of Maintenance and Production to work together and follow a regimented approach. The Reliability Approach for Production longevity is based on only three enduring principles: Focus, Priority, and Proaction. Three very simple words but embedded in these three words is a powerful system for attaining continuous improvement.

FOCUS ON THE PRODUCTION SYSTEM’S PAST PERFORMANCE

Looking at what has kept the equipment down in the past, can be of great assistance to a Production leader.

If the production process is broken down into subsystems, an isolated failure definition such as “any event or condition that interrupts the continuity of maximum, quality production” can be used in conjunction with the subsystems to interview employees about why the equipment has been taken out of service. If we have confidence that our CMMS picks up the most chronic of failures, then we can certainly extract the data from that system. Unfortunately most CMMS systems (and their users) often do not input the constant 5 and 10 minute failures because they do not hit an internal trigger to investigate. Also, to enter the delay into the CMMS, often takes longer than the time to repair the delay.

This allows the Production leader to flush out all the reasons each process subsystem has been unavailable for production. It seems maintenance histories are not all-inclusive because many significant losses were uncovered through interviews and not entered into the work order system. This is primarily because they were repaired on the run.

Apply the definition stated earlier to each subsystem and the lost time events can be identified along with the Failure Modes that caused the event to occur.

When the frequency of loss is multiplied by the impact of the loss, an annual expense for each mode can be obtained. Sort by cost or lost hours and it will be clear what the most significant reasons for downtime are. A Production leader equipped with this powerful information has opportunities for improvement that are concrete and justified with actual numbers.

Now Production leadership can have focus!

Now let’s talk about Priority and how to use the Opportunity Analysis (OA) information. The sorted OA can be set up in a Pareto Chart to clearly show the 20% of the problems causing 80% of the overall losses (Figure 1).

The 20% of the Failure Modes are the RCA candidates. As a Production leader they should be a priority. By using RCA tool to solve the Significant Few candidates (the 20%), the overall availability of the area will be significantly increased making the production forecasts more accurate and predictable (Figure 2).

Now that Focus and Priority are clearer in our minds, Proaction can be addressed. Proaction is the human act of taking action before an incident can occur and avoiding the undesirable consequences all together.

There are many ways to be proactive, let’s start with predictive reliability tools such as vibration analysis, non-destructive testing, alarm trending, infrared imaging, and the like.

Predictive technology data should be an essential source of valuable information for Production leaders. Prediction allows us to look into the future, which in turn allows decisions that affect equipment availability to be made long before an unscheduled loss is incurred.

Think about it in terms of a business that must utilize raw materials to continue to produce product. There will be a reorder point based on a calculated lead time to ensure that raw material is always available for production (at least in many cases).

The inventory usage is monitored at predetermined intervals until the reorder point is met and a new order is generated ensuring raw material availability (which is proactive.) See Figure 3.

Now let’s look at it from the Reliability Approach side of Production availability. An example would be the vibration technician takes a reading on a piece of critical equipment and discovers a bearing defect. At this point the loss of the bearing is eminent; however, when the bearing should be replaced is not clearly known. The bearing will have a reorder point just like the raw material except it will be a triggered setting based on severity. The severity has a priority setting that calls for replacement just like reordering raw materials.

The vibration technician is monitoring the remaining capacity of the equipment components to be available to continue to produce. It is as important to have component replacement lead time as it is to have inventory replenishment lead time. If either is not available, the production is halted (see Figure 4).

Therefore, Production and Maintenance/Reliability must work with each other to insure overall system availability.

Using all three tools effectively will demonstrate the power of Reliability on the bottom-line. When Production and Maintenance use the same tools with the discipline required to be successful, it becomes “us” instead of “us vs them”… “Ultimately it becomes OUR responsibility”.

For more information on training opportunities on how to close the gap between Operations and Maintenance/Reliability using these principles, please visit us here.

Mark Latino is President of North American operations for Reliability Center, Inc. (RCI). Mark came to RCI after 19 years in corporate America. During those years a wealth of reliability, maintenance, and manufacturing experience was acquired. He worked for Weyerhaeuser Corporation in a production role during the early stages of his career. He was an active part of Allied Chemical Corporations (Now AdvanSix) Reliability Strive for Excellence initiative that was started in the 70’s to define, understand, document, and live the reliability culture until he left in 1986. Mark spent 10 years with Philip Morris primarily in a production capacity that later ended in a reliability engineering role. Mark is a graduate of Old Dominion University and holds a BS Degree in Business Management focused on Production & Operations Management.