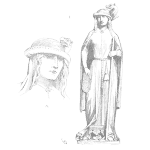 A few weeks ago I went to a customer site where they had a meeting of the minds for their reliability team. The host was a multi-site paper manufacturer with an intelligent approach to plant reliability. The reliability team included, of course, several reliability professionals, but there were procurement people there too. That’s not unusual. We’re finding more and more that procurement and reliability often work hand in hand.

This meeting was a real learning experience for me. I was presenting to the team, of course, but what I had to say isn’t as important as what I heard.

I want to tell you about what I learned.

Lesson one: Reliability professionals are taking on more responsibilities

There is a dynamic transition underway. Reliability professionals are being given more responsibility but not enough resources to back it up. We’ve seen this at dozens of companies. People tell me things like “we know what we want from a reliability standpoint but we don’t know what authority we have” and “we know we have responsibility but we don’t even know what kind of resources are available.” I’m quickly discovering that the way to answer that question is by bringing in a consultant. Someone who can come in and say “look, this is how it’s done. Now do it.”

The reliability practitioners at the paper company are the same type of professionals we talk about when discussing transformer reliability. Different product, different application… but same purpose. And we’re fighting the same battle, too: transition.

With reliability people on the receiving end of more responsibility, but saddled with the same limited authority and even more limited resources (read: money), there is the potential for problems. With a shift in responsibility it is possible that, when serious faults do occur, a mantra of “I thought reliability was taking care of that” could echo through the boardroom, shifting the blame to the people working hardest to avoid those problems.

Some of the issues that face us when it comes to transformers are not so different to the ones other reliability experts face. The manufacturer has hundreds of control rooms across several sites. When those control rooms get too warm or too damp, you start seeing corrosion problems. Corroded nodes, corroded control panels. Not good. That sort of damage can shut down a line and, in extreme cases, possibly shut down a plant.

The reliability team had developed a system (that is currently in beta testing) that allows one man to oversee the status of hundreds of control rooms through monitors installed at each location. The system is based on standards. He’ll be notified if the air temperature rises above, say, 70 degrees Fahrenheit, or if the moisture rises above 30 percent. The monitor also measures corrosion, scored on a scale from G1 (no problems, green light) and increasing through G2, G3, G4, and finally to the critical level, GX, which marks an imminent shutdown.

But that tool is ephemeral. Those monitors do not have trend analytics. It only tells you what the corrosion levels are at a moment in time, rather than monitoring the overall status. As I was listening to them describe their plan I thought how powerful that system would be if they replicated the process we have for transformers: Link those monitors together, record the data, and look for trends. Get a better overall picture of the condition of the operation.

You don’t suddenly shut a transformer down if a test reveals some hydrogen or acetylene in there. Instead, you monitor it by looking at the trends. That way, you can see whether the problem is growing quickly or whether it’s stable. Same goes for control rooms. You don’t shut down because you see a monitor hovering around G2 or G3. You monitor closely and watch for changes.

And they have the same million-dollar questions about control rooms as we have about transformers:

Will it continue to run?

Is it going to fail?

What can we do to make it last longer?

Instead, consider putting together a multi-year plan. Show that to procurement and to the plant managers. Spread a $3 million problem across three years and shift the outlay to $1 million a year. The likelihood of it getting a plan like that approved is significantly higher.

In the reliability world, we focus on the extent of this problem. It doesn’t take a genius to figure out what is wrong with a transformer. But it does take a genius to figure out how to get the company to understand the extent of the problem, get a plan in place, and get them to pay for it, especially when everyone else is asking for the same capital and maintenance dollars.

We’re not alone in this fight for attention and maintenance dollars. We’re up against other reliability people who, like us, are struggling to take on more and more responsibility, often without the resources they need.

Let’s work to get the resources we need to avert disaster.