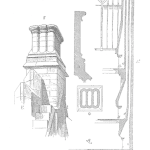 This article is directed at those ‘first responders’ who arrive immediately at the failure scene. These are the people who have to ensure the area is safe, preserve the scene for investigators and contribute to a plan to expedite a quick, safe return to production norms.

This article is meant to educate those that have access to the failed parts first, as to why they should preserve them in their failed state (not cleaning them up). We want to give them enough knowledge to be dangerous and raise their curiosity as to making a call on the fracture patterns they see.

Most all components fail for one, or a combination of, four (4) major physical reasons.

In Part I of this mini-series, we will explore Erosion and Corrosion. We will save Fatigue and Overload for Part II (in an effort to make the learning more digestible in smaller chunks:-).

When investigating failures involving components, their fracture surfaces will tell a story as to what happened to them. As you approach any such failure scene, try and visualize being that failed part and thinking to yourself, “What just happened to me?” Visualize the part being in operation and the forces affecting it. Seems kind of corny, but it is a very effective approach to understanding of what happened. Let’s explore the basics of these very involved failure patterns.

Erosion is caused by the presence of particles in the process medium contacting a surface and damaging it. Erosion can be delivered from fluid/air:

Erosion can be abrasive or adhesive. Here are some basic examples:

Corrosion is the deterioration of a material due to interaction with its environment. It is the process in which metallic atoms leave the metal or form compounds in the presence of water and gases. Metal atoms are removed from a structural element until it fails, or oxides build up inside a pipe until it is plugged. Corrosion is an electro-chemical process. Corrosion can be complicated. To identify that there is corrosion should be sufficient for novices. Further detailed analysis should be performed by a qualified professional.

The are several types of corrosion, such as:

There are numerous variables that can create corrosion, here are some:

Here are some basic examples of each type of corrosion:

For the seasoned investigative veterans, this information will be old news (Investigation 101). However, the more the front-line folks in the field know these basics, the more they will be able to assist these veterans in their investigations. Proper investigations just cannot be comprehensive and thorough, without this physical evidence. So in the end, we are all helping out each other.

This will conclude Part I of our Component Failure Basics (2 of the 4 primary failure mechanisms). We will address the last ones (Fatigue and Overload) in Part II, in the coming weeks.

« The Problems with Payback Period, Part 1
5 Steps to Securing Commitment for a Transformer Reliability Program »