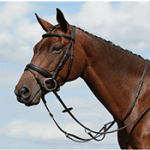 I learned actuarial methods working for the USAF Logistics Command. We used actuarial rates to forecast demands and recommend stock levels for expensive engines tracked by serial number, hours, and cycles. I had a hunch that actuarial methods could be applied to all service parts, without life data.

People say, “You have to have life data to estimate reliability functions.” I collect such claims. Seen any lately? Please send them to pstlarry@yahoo.com.

I made nonparametric maximum likelihood estimates of reliability functions, without life data. For example, a computer’s life could be represented as service time in an M/G/infinity self-service system with life distribution G(t). Given M/G/infinity input and output counts, computer “ships” (cohorts) and “returns”, maximum likelihood estimation works.

Later Dick Mensing (real statistician, Statistics in Research: Basic Concepts and Techniques for Research Workers – Bernard Ostle, Richard W. Mensing – Google Books) suggested, “Why don’t you use least squares?” That is, regard ships cohorts X (table 1) and returns Y as Y = Xb+e, where b is a row vector of the probability density function (pdf) g(s) or actuarial rates a(s) corresponding to G(s), and e is an error vector. SUM[Xb]= n(3)a(1)+n(2)a(2)+n(1)a(3)… is a “hindcast” of returns, an actuarial “forecast” of observed returns. This is a “general” linear model because the e(i) and e(j) could be correlated.

What’s the difference between failure probabilities and actuarial rates?

The pdf g(t) corresponding to the lifetime distribution G(t) is the unconditional probability of failure at age t. Actuarial rates a(s) are ->conditional<- failure rates, conditional on survival to age t. For examples:

Don’t take my word for it. Figure 1 is an example of G(t) estimates from simulated Weibull returns with scale parameter 10 and shape parameter 0.75. Maximum likelihood and least squares estimates differ a little. Figure 2 shows the differences between pdf g(s) and actuarial rate a(s) estimates for maximum likelihood and least squares. Actuarial rates are larger, because cohorts are of survivors are fewer.

At first, I used the least squares minimization algorithm from www.numerical.recipes. It worked, if the initial values were close to the optimal solution. Word of mouth said Dave Fylstra, also working at Apple, offered a beta-test version of his brother Dan Fylstra’s Excel Solver [www.FrontlineSystems.com]. Solver is a global optimization program that looks around for better solutions. Dan got the “multi-start” idea from Leon Lasden, University of Texas. I still use Solver.

Least squares comes in handy for nonstationary, non-ergodic processes, and recurrent processes too, such as survival function estimation for COVID-19 surges.

The Gauss–Markov theorem – Wikipedia says “…the ordinary least squares estimator has the lowest sampling variance within the class of linear unbiased estimators, if the errors in the linear model are uncorrelated, have equal variances and expectation value of zero.”

The least squares reliability estimator is asymptotically unbiased. You could check errors e(t) = observed(t)-expected(t) for correlation and homoskedasticity (equal variance). The condition on correlation was violated in automotive after-market, because of “autocorrelation” of vehicle installed base from year to year (no pun intended).Failure to satisfy conditions for the Gauss-Markov theorem does not mean all is lost.

Martingales (picture – also used to limit a horse’s ability to raise its head) are used in statistics to prove asymptotic properties of least squares estimators [Aalen et al.]. Odd Aalen says, “…counting process minus the integrated intensity process is a martingale.” A reliability martingale counts cumulative returns minus the integral of an intensity or failure rate function. The expectation of a martingale is zero conditional on the past, where past data is used to estimate or model the intensity or failure rate function.

« How to not do supplier relationships
How do I know what product or process characteristics to control? »