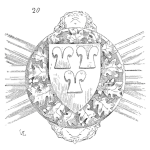 I’ve seen it twice this year and it concerns me. In twenty years of working with companies to improve manufacturing reliability I would like to believe that those of us who care are leaving a mark. It’s the days I’m about to describe that make you wonder.

I created RCM Blitz™ over twenty years ago as a tool that would help companies identify a complete maintenance strategy to improve and achieve the inherent designed reliability of their critical assets. Prior to entering the world of consulting, I had completed and implemented several RCM (Reliability Centered Maintenance) analyses on critical assets at Eastman Kodak company. With each analysis we completed, I gained knowledge and confidence that the process when adhered to and implemented, could improve the reliability of even our worst assets. In the same two years of proving the process I also learned something very important.

While a thorough RCM Blitz™ analysis will identify all the things you need to do to improve the reliability of your assets, it won’t change the behaviors of those who have given up.

As part of every RCM I have ever participated in, we at some point take a walk out to look at the piece of equipment we are analyzing. It’s at this point in time I get my first glimpse into the reality of what the RCM team is dealing with.

As we walk out to visit our RCM candidate, I observe the condition of the surrounding area and other assets. I want to get a general understanding of how important cleanliness is. Twice this year I saw filthy plants. The excuse for both was; “What we do is a dirty process, if you wanted to keep this place clean, it would be a 24/7 job for everyone, and we wouldn’t be able to make any money.”

Twice this year, I conducted RCM’s where no one from Operations bothered to participate in the RCM analysis.

Twice this year, broken parts could be seen on the floor around the asset we were about to be analyzing.

Twice this year, I was told that was normal. “It’s doesn’t matter if parts fall off, the only time they call us is when it won’t run.”

Twice this year, no one from Leadership bothered to stop in at any point during the RCM analysis to thank the team for their effort or check and see if there was anything they could do to help.

Add all these things together and even an experienced RCM Facilitator might begin to feel that they are in a no-win situation.

I on the other hand enjoy a challenge. I know that in cases like these we will spend a significant amount of time addressing the culture that has allowed what is wrong to become normal.

When wrong becomes normal, we completely lose the ability to understand the difference between causes and effects. As a result, the way we operate and maintain the asset becomes 100 percent focused on trying to mitigate failure effects.

“The machine has been running hot, so we went out and got this big fan to blow air on it to cool it down.”

“We used to have a lot more wiring shorts because the hydraulic fluid would build up on the floor here where the light curtain is. So, we cut these channels in the floor to help the fluid get to the pit.”

“Oh, it might run another hour or two without those parts, but once you break off one or two more, it won’t grab the next piece correctly and the photo eye will shut it down if it doesn’t crash first.”

My job as an RCM facilitator in short, to ask questions, identify facts, and help lead teams through a series of proven questions identify effective solutions. And then there are weeks like this when it becomes your job to coach a defeated team in how it is now their responsibility to change what has been wrong for more than 10 years and how they can begin doing what they know is right.

They in each case incorrectly believed they didn’t have the power or the means to change things and begin righting the ship.

In the world of manufacturing two things drive change. The first and most powerful is money. Show a manager a solid business case and you can drive change. The second is Health, Safety and Environment and while most good companies would make this their top priority, allowing a machine to continue to run with parts falling off is a clear indication that HSE is second.

We begin our analysis by making clear the difference between causes and effects. I need them to understand that trying to mitigate failure effects will always end with a band-aid or a faster way to make the repair.

In both cases this year where wrong has become normal, we identified several failure modes where the mitigating tasks would eliminate machine failures the company had been experiencing over and over again.

We then discussed how to build the business case to begin doing what is right. As maintenance workers you’ll find managers much more open to change when you show the changes you’re proposing will result in improved uptime and performance.

I then give them the truth.

While the maintenance strategy they have developed for this machine will without a doubt improve its reliability, it won’t do a thing to correct the failure modes that got them here in the first place.

In the RCM’s I where wrong has become normal, the companies had one thing in common. They all believed they could improve reliability by managing the effects of their failures instead of the causes. In doing so, nearly every effort in which they tried to make things better instead made them worse. As the spiral of this insanity progressed, the managers charged with making product and putting it out the door stopped listening to the only people who were truly capable of identifying and eliminating the root causes. The Operators who run the machine and the Maintenance Technicians who work to keep it running.

In managing the effects, they make poor, almost laughable decisions that clearly indicate they have no idea how to right the ship. Here is a tip from someone who has seen this several times, when you’re a manager and you find yourself in this position. It’s time to listen.

At the end of this week, as a manager you have been given a gift. The recommendations your team has developed can right this ship within a few weeks or you can choose to ignore them as you have in the past expecting that by some miracle, parts will stop falling off, hydraulic leaks will stop and that fan will somehow cool the machine to a point where it’s no longer needed.

Douglas Plucknette is the President of Reliability Solutions Inc. and creator of RCM Blitz™. The author of Reliability Centered Maintenance using RCM Blitz™ and Clean, Green and Reliable a best-selling book on how to reduce energy consumption in manufacturing plants through equipment reliability. Doug has published over 100 articles on Maintenance & Reliability, and has been a featured Speaker as well as Keynote Speaker at a countless number of conferences around the world.