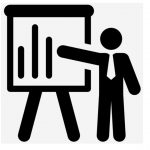 Stay Focused on Areas of Concern

“It is not possible for minds degraded by a host of trivial concerns to ever rise to anything great.” Jean-Jacques Rousseau

One of the most important elements of excellent FMEAs is to stay focused on areas of concern. What does this mean and how should it be applied?

The Oxford-English dictionary defines “concern” as “a worry or issue raised by an individual or group in connection with a particular matter.”

How do concerns relate to FMEAs?

Properly done, FMEAs will identify areas of higher risk and develop effective actions to reduce the identified risk to an acceptable level.

The following is an optional technique to front-load areas of concern at the beginning of the FMEA process. It is one way to harness the creative energy of the FMEA team and save valuable time spent in meetings. The FMEA facilitator begins the FMEA analysis by asking the subject matter experts for areas of concern. What keeps them up at night? What do we want to be sure does not happen?

These areas of concern can be solicited before the first team meeting, or they can be requested at the first meeting.

Best of all, identifying the major concerns of key stakeholders early in the FMEA process will help to ensure that no major issues are missed within the scope of the FMEA analysis.

How to follow up on concerns in the FMEA worksheet

“The soul cannot think without a picture.” Aristotle.

Some companies make the list of concerns visible in the FMEA worksheet, by adding a temporary column next the corresponding function. Once the concerns have been solicited either before or during the first meeting, they can be mapped to the corresponding function and entered into a temporary column called “Concerns.” The FMEA team conducts the analysis according to FMEA procedure, and before finalizing the FMEA, ensures that each of the concerns has been adequately addressed.

It was nice to read your book about effective FMEAs implementation.

Recently we received in the plant, a visit of one of our largest customers and after seeing our improvement facilities and quality controls, he mentioned that we are missing to reflect those improvements in the FMEAs.

If a Customer requests such improvements into the FMEA, such as investments for a clean room, where in the FMEA can we place this information and how will the ranking will be given?

One of my thoughts is to check the location for particle control and then use the same Severity rank, Occurrence rank will be taken from the times that we suffered a particle failure on the manufacturing line, and Detection will be guided by the ranking of how well we can detect particles.

Main question is how we can place into the FMEA the investment of a clean room to prevent or control particle contamination in the manufacturing line as well as the RPNs.

Thanks for getting in touch with me with your question about customer-suggested improvements for your Process FMEA.

Let me begin with FMEA definitions for controls.

Controls are the methods or actions currently planned, or that are already in place, to reduce or eliminate the risk associated with each potential cause. Controls can be the methods to prevent or detect the cause during product development, or actions to detect a problem during service before it becomes catastrophic. There can be many controls for each cause.