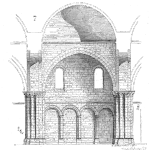 Quality issues have been on my mind a lot lately, specifically some of the more frustrating things that I’ve had to deal with during my career as a quality manager.

In my last job, my team was responsible for managing the discrepant material review (DMR) process for our US-based factory.

For those who are unfamiliar, the DMR process is how most factories deal with raw materials or other inputs that have been identified as possibly defective and unsuitable for use.

Incoming materials that don’t pass visual inspection or other testing are supposed to be sequestered so they can’t go into production.

Later, the DMR process is used to determine what to do with that material. The choices are usually:

The problem with our DMR process was that it was impossible to make an objective judgment.

All of the functional groups and stakeholders were biased toward one option or another, and the quality team had no power to make the final call or enforce a decision.

The operations folks were usually willing to take a risk with marginally-acceptable material so they wouldn’t slow down production. The procurement folks didn’t want the hassle of returning material to suppliers. Our VP didn’t want to approve the expenses associated with scrap material and basically made it impossible to do so.

The quality team mainly just wanted to be sure the material wasn’t used as-is, and that the supplier implemented some kind of corrective action to prevent future occurrences of the same defect. Unfortunately, we didn’t have the power, or credibility, or respect, or something to get the rest of the organization to support our position.

What typically happened was that either the operations folks used the DMR material, convincing themselves that the defects were minor, or the DMR material piled up in a corner of the receiving area, waiting for somebody to blink.

It got to the point that we were actually considering paying for off-site storage space for this stuff.

I think there are a lot of lessons here, but here are a few:

This wasn’t the way it was supposed to be, but that’s how the DMR process was managed in this business.

I suspect other businesses have similar problems because they’re willing to trade a possibility of failure for expediency and “expense control.”

Purpose of a Reliability Program (article)