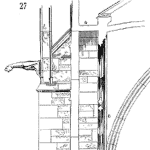 The Big Bang – starting and stopping equipment under load. When a machine starts-up its parts move from zero speed to operating speed in a short time (the reverse when stopping). During this short period the biggest forces that the machine experiences act on its components. If during the start-up or slow-down the product or process loads are added to the machines own self-loads the forces acting on the machine’s parts are horribly magnified. If these impulse forces exceed the machine’s design allowance, or cause gradual fatigue, then the stressed parts will shatter without warning.

In engineering terms inertia is the tendency for a body with mass to want to remain in its current state of motion (Newton’s first law of motion). Try pushing the kitchen table across the floor. To start it moving requires more force than to keep it moving. Part of the initial force was to overcome its inertia (the other part was to overcome starting friction, which is higher than moving friction).

If instead the kitchen table were piled high with a wedding feast it would require a greater force to start it moving. The additional load would add a greater inertia component. A sufficiently heavy load forced to jerk forward quickly could stress the table legs at start-up to a point they snapped off. Now that would really ruin the wedding feast!

Another example of the effect of inertia is the pressure you feel on your back when you are pushed into the seat as a car, bus or train accelerates from stop. All moving machines behave the same as your kitchen table or the bus and train. Due to inertia, more force is required to get it up to speed than when it is at operating speed.

The size of the inertia force depends on:

in relation to the position of its center of rotation.

Figure No. 1 shows a loaded conveyor at the top and below it the head pulley free-body force diagram. The free body diagram is a representation of the forces acting on the pulley at a point in time. Its use simplifies the engineering analysis.

The load, the pulley drum and the belt mass act at the edge of the head pulley. Suddenly starting the conveyor fully loaded will place a surge inertia load on the head pulley drive and parts. If you see gearboxes rocking at start-up or when stopping, then they are experiencing inertia forces.

The Effect on Starting and Stopping Torque

To bring a machine up to full speed from rest requires a force to be applied (Newton’s second law of motion). For rotating machinery the force is applied as a torque. Torque is a linear force acting at a certain distance from the center of rotation. The free-body diagram in Figure No. 1 shows the inertia force acting at the head pulley drum. The motor that drives the conveyor will need to generate slightly more matching torque if the conveyor is to move.

The size of the torque depends on the acceleration, the mass being moved and the location of the mass from the center of rotation. The greater the mass and the further from its rotational center it lies, the greater the required torque to start it moving. As the need for more torque rises there is a proportional increase in the required power to deliver the torque.

From the formula one notes that as speed increases (more RPM) the power needed rises. The same applies to a rise in torque.

The formula for the torque of a rotating mass is:

Together, the above two equations tell us that sudden changes in speed produce a rapid rise in torque, which throws a sudden load onto the parts. They also confirm that the larger the mass, the greater the inertia and the greater the torque needed to get it moving or to slow it down. A big torque means a big load on parts.

A machine suddenly started from stop, or suddenly brought to a stop from speed, will distribute the inertia forces throughout its bearings, linkages and connections. These parts can experience loads up to 4 times the design load during that time.

If additional loads are present because of the product or the process then the forces are further increased. It is poor practice to start or stop equipment when it is under load because the machinery is temporarily greatly overstressed. And if done often enough it will break.

Fluctuating inertia forces produce fatigue loading. The fluctuating forces can stress bolts and elongate them so that they loosen. The looseness causes the machine parts to vibrate and run poorly, or the machine to shake itself from its mounts. The bolts may even snap off. Drive chains can elongate and eventually break due to inertia loads.

Run the product out and remove the load before stopping a machine. Only feed product into a machine when it is up to operating speed, gradually increase the product loading over a long period of time. Always start a compressor off-line and introduce gas to it gradually once it is operating at speed.

Controlling the Effects of Inertia

By recognising the factors that cause it in the first place inertia effects can be reduced. When designing rotating parts keep the massive sections close to the center of rotation and evenly distributed around it. If sudden velocity changes are to be expected then provide a torque limiter in the drive train that slips if the torque reaches its friction limit. You can use an electric variable speed drive on the motor to gradually bring the machine to full speed over a long period of time.

On heavily loaded machinery use a soft starter to limit the motor start-up torque. Use shear pins that a sized to snap if the torque is too high or the load jams. Consider using lightweight materials such as aluminium for rotating parts. After power failures or emergency stoppages, be especially careful to bring equipment back on-line slowly. If necessary reduce the load. In the case of the conveyor in Figure No. 1 it may be necessary to shovel the load off to start it up and then put he material back on once it is going.

A sudden change in the speed of rotating equipment produces high fluctuating inertia forces that suddenly load the machine’s components. Don’t compound the problem by also placing the machine under full production load at the same time.

« Flying Back in Time
City Risk Index and ERM »