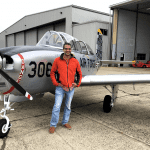 I had the unbelievable pleasure of piloting a retired 1953 T-34 Air Force plane.  The plane is owned by a friend and it has recently undergone a full restoration.  A few year ago this model was grounded by the FAA due to an unusual issue.  After the investigation the fleet was cleared to fly and the root cause was ruled as “mis-use.”  Something many of use may not consider enough when creating our own products.

Now of course I was just as fascinated with the restoration and design of the plane as the flight itself.  A T-34 is  a two seat prop plane developed for the US Air Force by Beechcraft. Being designated as a trainer implies it’s a docile aircraft, but believe me, it’s meant for high performance training. It pulls over 5 g’s.  That’s black-out level for most of us civilians.  Also note I said “rated” and not capable, it can do more.  More about that later.

The T-34 was developed by Beechcraft for the US military in the late 40’s. Its primary function was to train pilots in combat flight techniques.  It would be used for anything from basic piloting instruction to full on fierce dog fighting practice. 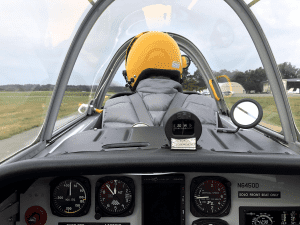 We took off from the runway (friend did the take-off and landing, I’m not trusted that much and I have a reputation for breaking stuff) and we leveled out at 2,000 feet before he handed over the controls.  The plane is amazingly nimble and responsive.  It’s nothing like a Cessna or regular civilian plane.  The view is astounding because you are sitting in a 360 degree greenhouse.  It’s like you are riding on top of the plane.  The T-34 is ready to go acrobatic when you let it. 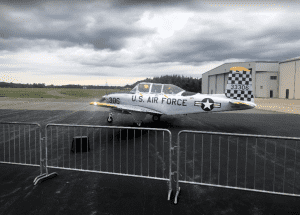 I never tire of the view of where I live on Cape Ann.  It’s unbelievably with all the small islands and intricate coast line.  If the plane had pontoons we also could have legally buzzed my neighbors on the lake, but it’s pretty hard to convince the FAA you were attempting to land or “touch and go” on water if you only have wheels.  Your mischievous behavior will be very transparent.

The T-34 is about as robust a design as you could ask for.  It was built in the spirit of WWII design and construction.  Intended to take a beating in unsympathetic real world/combat environments. In the restoration process a few upgrades were made.  One was the motor design.  The motor is a flat six Teledyne Continental motor.  It is the same layout as the original but has included the knowledge acquired over the past 60+ years to ensure higher reliability.  This includes improved heads, ignition, and electronics. The other notable change is an upgrade to the wing spars.  The wing spar is the spine of the wing.  All other structural components are mounted to it. 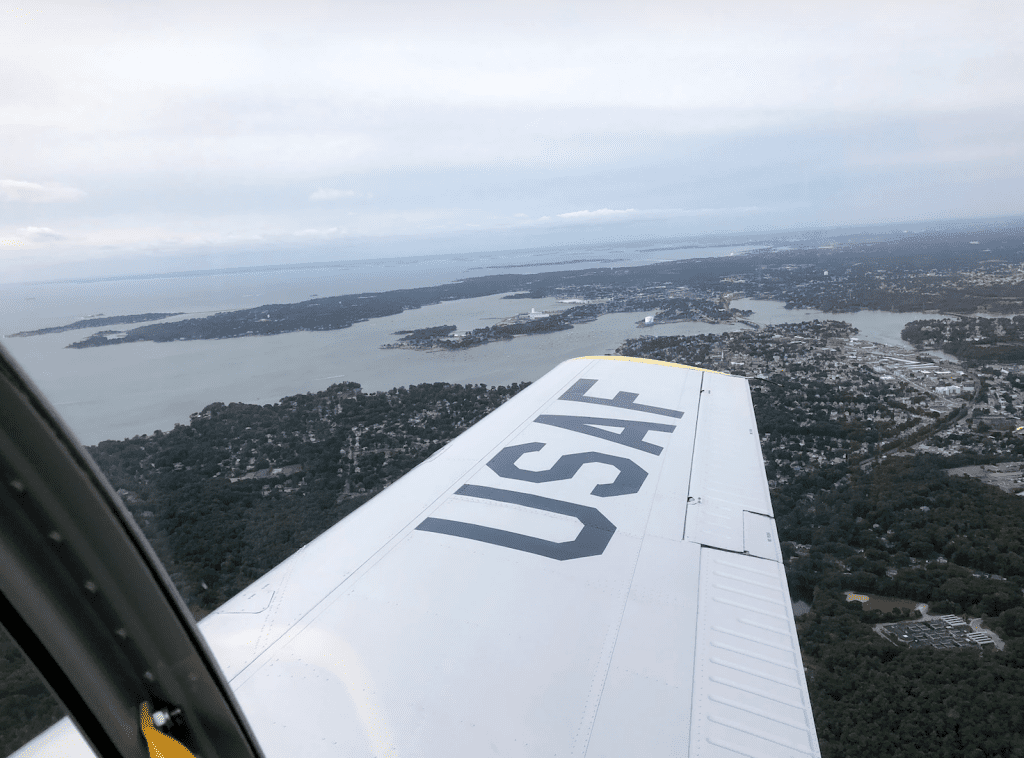 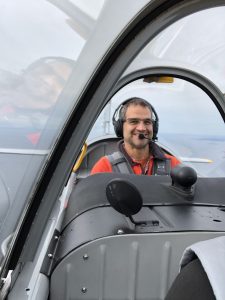 The upgrade was done due to incidents of a series of crashes involving in-flight structural failure during simulated combat flights in 2004, long after the plane was retired from active duty. The entire US civilian fleet of T-34A/Bs was grounded by the Federal Aviation Administration. The grounding has since been eased to a slate of restrictions on the permitted flight envelope. Translation: The pilots were going way beyond the specification loading for the plane. The resolution was a series of Airworthiness Directives (ADs) or Alternate Methods of Compliance (AMOCs) negotiated with the FAA, including installation of certain, approved structural modifications to the wing spar and other repairs. The T-34A and T-34B fleet in 2011 has been restored to full flight status by FAA at the plane’s originally designed limitations, provided each individual example is compliant with those ADs and AMOCs.

So Beechcraft was never in error.  What occured is a use-case that was not intended.  The product was designed for a “high end” user, a professional.  The intended user was the Air Force pilots who had professional training and 1000’s of hours under their belts.   The users in the case of the accidents in 2004 were civilians who were amateur hobbyist pushing their skill set in a minimally supervised environment.  In today’s world as consumers we also assume that the manufacturers have put in safety guards and self limiting features so we can’t hurt ourselves.  All cars stop the motor speed at the RPM limit.  It is not left in the drivers hands to observe the red mark on the RPM gauge.  You can try to throw your car in reverse while on the highway or put your hand in the food processor while it is capable of being turned on, neither will cause you harm.

So how far should a company invest in pursuing all possible user and environment profiles their product can be used in?  I don’t think their is a clean cut answer but, I do think the topic should be brought up in the early stages of a product development program.  If not, it is a project performance factor that will be shaped by the forces of time to market and financial resource.