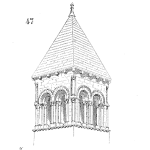 Isn’t it enough to estimate the age-specific field reliability functions for each of our products and their service parts? Of course we quantify uncertainties in estimates: sample uncertainties and population uncertainties due to changes or evolution. That’s information to forecast service requirements, recommend spares, optimize diagnostics, plan maintenance, warranty reserves, recalls, etc. What else could we possibly need or do?

My wife found that beautiful picture in Norwegian news. Reuters 3/17/2016 reported “there was a short in the distribution box which led to a Tesla Model S fire while it charged. But exactly why it happened, is not possible to determine, according to Tesla.”

The damage to the car is a consequence of the fire department decided to leave the car burning down, according to Tesla. Tesla feel confident that the fire was a one-time event. Tesla vehicles are safely used Tesla Supercharger stations over 2.5 million times, in addition to the roughly 35 million successful charging sessions at large.

Tesla said that from a precautionary perspective nevertheless will launch a software update to the Model S a few weeks, to provide extra security during charging. The update will include a diagnostic solution to prevent charging if it is a potential short circuit, it becomes illuminated.

Consumer bills of rights entitle consumers to product information, which I interpret to include reliability information. I have not had much luck getting product field reliability data from companies. Their reliability people may not realize that ships and returns counts are statistically sufficient to make nonparametric estimates of age specific field reliability and failure rate functions. What else could be done?

Cohort reliabilities differ and are not necessarily improving, so test hypotheses and quantify dependence (partA, partB) and (TTFF, TBF1, TBF2,..).

Walter Shewhart’s rule #1 (paraphrased) “Original data should be presented in a way that will preserve the evidence in the original data for all the predictions assumed to be useful.” Doesn’t that include dependence? For example, warranty cost depends on dependence; e.g., E[SUM(W(i))] is not equal to SUM(E[W(i)]), where W(.) represents warranty cost for parts I and j or same part of different ages.

Why not advance reliability analyses into nonparametric bivariate statistics, without unwarranted assumptions and without life data, and with dependence and censored data?

Data are a Survey Sample

Spreadsheets in workbook are:

Figure 1 includes the Weibull reliability estimate fit to all data, the smooth curve that lies in the middle. Would Weibull be a reasonable fit to annual cohorts? Table 2 shows the Weibull parameter estimates from all data in January 2016 and later in June 2016. Scale parameter and MTBF estimates are in months: Jan/June. The January 2016 estimates didn’t seem to recognize infant mortality beta < 1.0. Weibull infant mortality leads to absurd MTBF overestimates. This instability in Weibull parameter estimates makes me prefer nonparametric statistics.

Table 2. Weibull parameters estimated by least-squares fit to the figure 1 Kaplan-Meier nonparametric reliability estimates, by all and by annual cohorts.

Both dependence of TTFF and TBF1 and for different parts times-to-failures (figure 6)! Figure 5 shows different battery reliability estimates for TTFF and TBF1:

How to use multivariate reliability?

6% of chargers were replaced within first 3 years (stdev is 1.2%). Isolate from battery or drive-unit replacements? $2300 cost?

16% battery OR charger were replaced within first 2 years (stdev is ?)

I have not included all the derived field reliability information about battery, charger, and drive unit and all pairs. If you want more, ask pstlarry@yahoo,com, ask for original presentation, or send population field data if you want information about your products and their service parts.