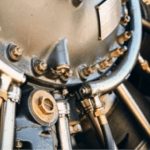 This is the first of a three part series.

Except for a few industries where mistakes can have high costs in terms of human life or massive environmental impact most of us do a poor job of setting ourselves up for success. We build or acquire new capital assets making little or no provision for spare parts, training of maintainers and operators in new skills and knowledge. Most of us do a very poor job of providing technical documentation to the support disciplines – project engineering often simply files whatever it has gathered and often in a file scheme tied to contractor contract numbers rather than using the asset hierarchy that everyone else will use in one form or another. Commissioning activities rarely push the new assets hard enough – they ramp up slowly, almost gingerly, because so few really know much about how it all should work. They are unprepared for any semblance of normal operations.

Contrast that with the airline industry where new planes are successfully launched, tested and ready for service. When an airline buys its new aircraft it is quick to put it into service on a route where it will be used to its maximum capability. They don’t taxi gingerly down the runway, fly at low altitude and carry half their payload of passengers and luggage. You don’t do that with your new car either – you might put it through a brief “run-in” period where you limit top speed, but you’ll still carry full loads of people, groceries and whatever else you normally carry and even with your speed limit it is set above full highway speeds.

Why do we expect aircraft and cars to operate more or less at full capacity as soon as we take possession while ramping up our plants and factories so slowly?

It’s because we are not ready for them. We’ve done little or nothing to prepare for operations. Spending capital budget on that preparation harms the business case that was used to justify the capital acquisition in the first place so we bury our head in the sand. We leave all that to Opex budgets where they may make modest provisions at best. Those Opex budgets have to be lean or again, the whole business case for the new capital asset is at risk. Again more burying of the head in the sand.

Can we afford to get it right?

I’ve worked on major capital projects where the provision of support was an integral part of the project. We were ready when things started up and we came up to full capacity very rapidly. Everyone knew what to do, we knew what to do if something went wrong, we had the parts, tools, etc. that we could possibly need, we had the proactive maintenance program in place, the systems debugged and working, the skills, knowledge and abilities we needed. What’s more, it wasn’t difficult nor expensive to put all that in place. The cost was on the order of 2 – 3 % of capital cost – far less than the cost of engineering (typically around 10 %) and in line with what companies often pay for warranties.

Considering that warranties usually come with very specific requirements for maintenance or operating practices that are often ignored and invalidating the warranty, then why not spend that money elsewhere? A tailored program for support, including a well-designed maintenance program will usually be different and less expensive than whatever the Original Equipment Manufacturers’ require for warranty compliance.

Designing a proper support program will cost no more than your warranty spend, 2 – 3 % of capital cost and it will deliver benefits for many years. Benefits that can, over the life of the assets add up to amounts that exceed that initial capital cost in its entirety!

What do the best do?

Reliability Centered Maintenance (RCM) was developed in the airline industry for use in the development of reliability programs for new aircraft. It was quickly adopted for use in military, nuclear power and other applications where high reliability is a “must have” and the risks demanded that proactive steps be taken to ensure safety and reliability before systems were put into service. Once they are in service, RCM and other methods are used to ensure that operational systems remain reliable.
Aircraft safety records improved dramatically – more than 120-fold in the years since RCM was developed. Aircraft are delivered ready to work and to do so very safely. The nuclear industry has a similarly impressive track record as does the military with new weapon systems deployment. They all plan ahead and do so very well.

Following on those early examples, RCM has made its way into a wide variety of industries, but the “planning ahead” part that follows from it is often forgotten. In these industries, RCM has usually been applied after plants and equipment enter into service and often in response to disappointment in reliability performance. It is used as a method to correct an intolerable situation.

It would seem that wherever the consequences of failure are largely operational and related only to profit making capability, companies have tended to wait until something goes wrong, or until continued disappointing results are a threat, before taking action. This increases the owners’ risks but it is done in trade-off for a potentially higher short term payback. The savings are up front (less capital spend) and the payback only lasts a short time until the inevitable operational and maintenance problems show up, often not long after commissioning.

*Accendo Reliability participates in the Amazon Services LLC Associates Program. This affiliate advertising program provides a way for sites to earn a commission on links to Amazon. In short, this means when you buy something on Amazon after following a link from this site, we get a small percentage of its price. This helps support Accendo Reliability by offsetting a portion of the cost to maintain the site. And, your support is much appreciated.
« Is Your Maintenance Program Aligned With The Business?
Is This HASS Any Good? »