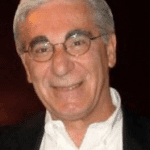 Organizations need to understand their strategic, operational and tactical capabilities and capacity to recognize, mitigate and/or capitalize on cascade effects.  As a result of the diverse nature of global business operations, geopolitical circumstances, culture, etc., there currently is a standardization gap with regard to how organizations should react to cascade effects.  This is partly due to opacity, nonlinearity and insufficient competitive/business intelligence that organizations can draw from.  This is not to say that the information does not exist.  Rather that it does not exist in a form that is readily recognizable to organizations in most cases.

The concept of “War Gaming” is to identify how an event would impact the attainment of the organization’s goals and objectives.   “Failure Point” simulations seek to identify the various failure points within plans through the use of issues identification, analysis and assessment of decision making ramifications.  “War Gaming” is not a new concept.  It has been around for a long time and is executed in a myriad of versions by organizations.  Typically one can find a vast amount of simulations conducted and mislabeled as “War Games”.  This is not due to malicious intent on the part of the organization.  It is primarily due to not understanding the difference between simulations that are a demonstration of capability under controlled conditions, generally are linear problem solving focused and rarely focus on anything past the initial response to a situation; versus a structured assessment of possibilities, identification of cascade issues and failure points within current plans, strategies, etc.

The advantage of “Failure Point” simulations is that it frees the organization from linear problem solving and demonstrations of capabilities under controlled conditions.

We need to recognize the effect of opacity and non-linearity due to complexity.  Opacity clouds the easy identification of risks and complexity makes single cause analysis a paradigm of the past.  Failure Point Exercises have categorized exercise outputs relating to planning functions and the function of plans to include, but are not limited to the following:

We have found that plans differ along some key dimensions:

Participants generally agree that the benefit of the Failure Point Exercise Methodology is to recast the planning process as a type of problem solving that requires the identification of the nonlinear aspects of problem identification and solution development (Critical Thinking) versus the traditional problem solving performed during drills and exercises that are designed to validate the success of the plan and often explain away any discrepancies that arise.  The Failure Point Methodology creates a learning environment that allows planners and plan implementers to break their emotional attachments to the plan’s success and recognize that plans do not necessarily reflect reality, but are our best effort to anticipate disruptive events.

Geary Sikich is a seasoned risk management professional who advises private and public sector executives to develop risk buffering strategies to protect their asset base.  With a M.Ed. in Counseling and Guidance, Geary’s focus is human capital: what people think, who they are, what they need and how they communicate. With over 25 years in management consulting as a trusted advisor, crisis manager, senior executive and educator, Geary brings unprecedented value to clients worldwide.

Geary is well-versed in contingency planning, risk management, human resource development, “war gaming,” as well as competitive intelligence, issues analysis, global strategy and identification of transparent vulnerabilities.  Geary began his career as an officer in the U.S. Army after completing his BS in Criminology.  As a thought leader, Geary leverages his skills in client attraction and the tools of LinkedIn, social media and publishing to help executives in decision analysis, strategy development and risk buffering.  A well-known author, his books and articles are readily available on Amazon, Barnes & Noble and the Internet.