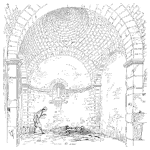 This true story could have been a lot worse. A NB100 (4”) flanged plug valve was removed from a 98% sulphuric acid tank nozzle and returned to the supplier. When the valve was opened for inspection at the supplier’s workshop acid was sprayed over the repairman’s legs.

If 98% sulphuric acid lands on skin it immediately boils out the moisture in the skin and burns it. A review of the incident was conducted to learn from the accident and to put corrective measures into place.

The plug valve was a control valve in the acid line from a storage tank at the tank terminal. It moved in a stiff, jerking motion while in service and it was to be replaced and sent to the supplier’s workshop for inspection.

The terminal supervisor had arranged with a local subcontractor to meet on site at 7am in the morning to remove the plug valve. However the subcontractor had gone there at 5.30am and removed the plug valve, hosed down the outside and put it on a pallet without opening and flushing the plug cavity.

When the terminal supervisor arrived he saw the wet valve on the pallet in a closed position. He again hosed down the valve’s body but did not open the plug thinking that the subcontractor had already done this. The valve was not marked or tagged with any warning or information notice.

The valve was transported to the supplier’s workshop where it was left in the hot sun and then moved to the bench for stripping. The repairer, thinking the valve was safe to work on, opened the valve and acid under pressure squirted out onto his legs. He was taken to a doctor for treatment and was off work for some days.

There were a number of things that went wrong, as is often the case with an accident. There was no work order, there was no contact between operations and the subcontractor, the plug valve was not correctly decontaminated by water washing the internals and there was no decontamination tag showing the valve’s status.

The valve was opened in the mistaken belief that it was safe.

As a result the valve supplier adopted the following practice with regards decontaminating valves.

Adopt a safe decontamination procedure when equipment in dangerous goods service is removed from the process.