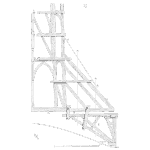 The electrical conductivity (and its opposite, resistivity) of water based solutions indicate its electrical current carrying ability. High conductivity occurs when many charged atoms and ions are in the water. This typically means the presence of dissolved metals, salts, acidic or alkali chemicals. Conductivity probes are used to measure the total level of charged particles present. This article explains how conductivity probes work and their application in boiler water treatment and management.

Many chemical compounds dissolve in water and separate into their individual charged atoms and/or molecules (ions). When they are in the charged state they can carry an electric current. The more charged particles that are present, the easier it is for the electricity to flow. The amount of electricity that flows is a direct reflection of the amount of chemicals present in the water. Conductivity measures the Total Dissolved Solids (TDS) present and can be used as an indication of contamination. Some charged particles contribute more than others.

Organic compounds, like fuels, oils, alcohols, sugars, do not behave in the same way and conductivity cannot be used as a measure of contamination.

To pass electric current through water a conductivity meter has two probes a small distance apart. A known amount of electricity is put down one probe and the amount that gets through to the other probe is measured. The greater the electric current, the greater the number of charged particles present in the water. Figure No. 1 shows how the earliest conductivity probes were designed. To make the probes more sensitive when fewer charged particles were present the distance between the plates was reduced.

The size of the plates/probes and their distance apart establishes a cell constant for the probe. The meter’s sensitivity can be selected by choosing the probe’s cell constant. Low conduction solutions require big probe surface areas close together while highly conducting solutions use smaller surfaces further apart.

The typical conductivity probe cannot tell what types of charged particles are present as it only measures total electrical activity. If specific chemicals are to be measured it is necessary to use probes of different materials that are selective in the way they behave. Where it is known that only one type of ion is present then conductivity metering can be used for quality control (e.g. salt content in soup).

Conductivity varies greatly with temperature change and the readings must be corrected for the affect of temperature. Usually the conductivity meter has an in-built thermometer that automatically compensates for the temperature effects and presents an accurate reading. To be sure that the meter is reading properly it must be regularly calibrated against a known solution strength and temperature close to the operating solution’s conductivity. The meter can be adjusted to bring it to the correct reading and then put back into service.

Conductivity Probes in Use

The sensor end of the probe is mounted in the water stream and the read-out is displayed locally or in a control room. Conductivity meters are regularly installed in boiler water purification plants to prove the treatment is removing the dissolved salts and metals that would otherwise go into the boiler and scale-up the heat transferring metal surfaces.

Conductivity meters are also used to measure the TDS build-up inside boilers and to automatically open and close a control valve to blow down the boiler contents and lower the TDS. The probe senses the contamination increasing as water is boiled away into steam. Once the conductivity is above a set limit the automated blow down valve opens and discharges the high TDS water. The probe also monitors the falling TDS levels in the boiler and shuts the blow down valve when the lower set point is reached.

In blow down applications it is best to use a self-cleaning probe. The sensing surface on normal probes scale-up over time and the probe must be removed for cleaning. A direct-contact probe must be chemically cleaned in weak hydrochloric acid and not by scraping or buffing the surface. Scratching the sensor increases the surface area in contact with the solution and alters the cell constant. A self-cleaning probe overcomes much of this problem.

It is important that the conductivity meter is properly earthed as required by the manufacturer. Because the probe emits and senses electric currents it will display readings from any electric current that presents to it. Badly connected conductivity meter set-ups will give false results even though the meter reads true at the time of calibration. If this happens then check the electrical continuity of the sensing system and meter equipment.