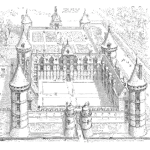 This week in our CRE Test Prep class/webinar we covered the Advance Statistics section of the CRE Primer, and I felt great that we stayed an hour more going over these though topics.

One of the topics was Hypothesis Testing.

Let me share some of the questions that arose during that section.

Question:  What is meant by Testing a Hypothesis?

We can make two types of errors in testing a hypothesis:

Question:  What is meant by Type I and Type II error?

Question:  What is meant by the level of significance?  The level of confidence?

Looking forward to next weeks class, when we cover Reliability in Design and Development!!!