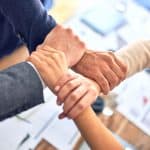 “Creativity is an ability to respond adaptively to the needs for new approaches and new products.” Frank Barron

Creativity is an essential ingredient to achieving excellence in FMEAs. Excerpts from the book Effective FMEAs will be used throughout the article.

Why is Creativity so important?

Albert Einstein said, “I am enough of an artist to draw freely upon my imagination. Imagination is more important than knowledge. Knowledge is limited. Imagination encircles the world.” When he said that, he certainly did not mean knowledge is not important. What he meant is that creativity and imagination play significant roles in developing new technology, new products and new solutions. Many high-risk problems require thinking “outside the box,” and the FMEA team can solve very difficult problems when a skilled facilitator energizes its power of creativity.

Here is an example of the power of creativity. General Motors, in the late 1980s, held in their large auditorium a lunchtime demonstration of Odyssey of the Mind, a science and creativity program for school age children sponsored in part by NASA. At the front of the auditorium, were two tables with video mounted cameras above the tables and presented on large screens. At one of the tables was a small group of high school students from a local chapter of Odyssey of the Mind. At the other table was a group of experienced (twenty years or more) engineers from GM. Each team had eight minutes to solve a creativity problem and demonstrate the solution on the table for the audience to see. The details of the problem were not important. What was important was that the students creatively solved the problem faster and better than the experienced engineers did. Before beginning the actual work on the task, the students brainstormed ideas to arrive at the best solution. The experienced engineers did not think creatively; but immediately began working on the task.

What is Creativity and how can an FMEA facilitator harness the power of creativity to solve seemingly unsolvable problems?

There are many times in an FMEA project when it becomes essential to muster the creative forces of FMEA team members. Creativity is a developed talent, not a God-given talent, and a good facilitator can bring out the best creative thinking of the team to help face the most difficult and seemingly intractable problems.

In her book, Your Creative Brain: Seven Steps to Maximize Imagination, Productivity, and Innovation in Your Life, Shelly Carson, PhD, talks about the important elements in the definition of creativity.

“Though philosophers and writers have come up with a number of definitions for creative, there are two elements to the definition that virtually all of us who study creativity agree need to be present in the creative idea or product. First, the creative idea or product needs to be novel or original, and second, it has to be useful or adaptive to al east a segment of the population. Note, for example, that the scribblings of a toddler who has just learned to hold a crayon are novel . . . but, as a product, they are not considered useful or adaptive.”

The author goes on to say,

“We are all creative. Creativity is the hallmark human capacity that has allowed us to survive thus far. Our brains are wired to be creative, and the only thing stopping you from expressing the creativity that is your birthright is your belief that there are creative people and uncreative people and that you fall in the second category.”

The FMEA facilitator’s job is to unleash the innate creativity of the FMEA team and focus it on the issues being analyzed.

There are two types of creative reasoning used in the creative problem-solving process. One is “divergent thinking,” and the other is “convergent thinking.” Chuck Clayton, in his article titled “Convergent Thinking” wrote:

“Divergent and convergent thinking skills are both important aspects of intelligence, problem solving and critical thinking. Bringing facts and data together from various sources and then applying logic and knowledge to solve problems, achieve objectives or make decisions is known as convergent-type thinking.”

“Divergent thinking is thinking outwards instead of inward. It is the ability to develop original and unique ideas and then come up with a problem solution or achieve an objective. Einstein was a strong divergent thinker. He asked simple questions and then did mental exercises to solve problems. For example, as a young man Einstein asked himself what it would be like to ride on a beam of light. It took him many years of thought experiments, however the answer helped him develop the special theory of relativity.”

Most problem solving uses convergent reasoning, and the FMEA procedure is well suited to utilize this form of team thinking. However, effective facilitation must also use divergent reasoning to be successful in coming up with the most creative and innovative ideas and solutions. The article “Strategies of Divergent Thinking” published by faculty of the University of Washington says:

In summary, creative ideas and concepts can be infused into the FMEA process and support high quality results.

One way to harness the creative energy of the FMEA team is to use Post-It Notes™ at the beginning of the FMEA analysis in order to save valuable time spent in meetings. Ask the FMEA team to write Post-It Notes™ for the primary concerns they have, not emphasizing if the concern is worded as a failure mode, effect or cause. The notes are placed on a wall easily visible to the FMEA team and organized into similar groupings. The FMEA team reviews the information on the wall and determines what goes into the FMEA analysis. This technique encourages contribution by all team members, fosters creativity and saves meeting time.

There are times when it is essential for the FMEA facilitator to intervene in the flow of the meetings. Knowing when to intervene and when not to intervene can be the difference between average and excellent FMEA results.