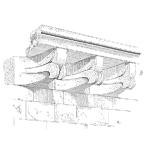 I posted an article recently by Bloomberg on the Defense Department’s recent disclosure of the escalating support cost of the F-35 Joint Fighter Jet. With over 3,700 views, it was the most read of my posts. The original article on escalating F-35 reliability costs can be read at this link

I posted the article with the comment: “Once a test engineer working for a large DoD contractor once told me at a reliability conference, ‘These new reliability development techniques of HALT and HASS would be a lot easier to implement if spare parts and service did not constitute 60% of the total program profits.’ That was not the first time I have heard a similar comment from a test or reliability engineer or manager working in the defense industry. I believe these engineers working on the reliability end of the programs said these concerns me out of frustration.

This is Not New News

Looking at LinkedIn’s metrics on the post show that large number of the views (91) were from DoD contractors Boeing, Lockheed Martin, and Northrup Grumman. I can’t imagine that this is new information to those involved in government procurement of defense systems.

If what the engineer said regarding the program profits is true, then the DoD contractor has a built-in conflict of interest. By making the system reliable initially during development would reduce the program’s profits significantly. Making the sales spare parts and service a profit center is a direct conflict of interest with making the systems reliable. One engineer commented on my LinkedIn post, “I heard something similar from a company president once – make it reliable, just not TOO reliable.”

No one can publicly provide details of the causes of failures of these highly classified military systems, so we do not generally know if the causes are due to poor design or poor manufacturing or a combination of both. This is not restricted to military programs only or the government, as the cause of failures in any hardware systems is almost always proprietary and never disclosed in commercial and consumer products either. Lack of widespread shared knowledge of the causes of failures of electronics has prevented change in reliability development based on empirical causes. This will not change and I have written about this challenge before.

In the open market for consumers and business, where there is real-time competition and choices between companies, drives businesses to produce a reliable product. Today consumers have almost instantaneous feedback on the quality and reliability of products through the internet and organizations such as Consumers Union. Almost all internet markets, such as Amazon and Google provide product reviews from customers. It the product is not reliable, thousands or millions shopping on the internet will know, and avoid purchasing that brand.

To solve this reliability development conflict of interest, the government contracting system must tie higher profits to the contractor if he provides a system that requires less service and spare parts costs, in other words to monetarily reward the DoD contractor for robust and highly reliable systems. It won’t be easy.