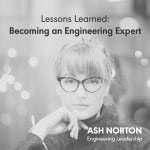 Big dreams and ambition have always come pretty easily to me.  Watching the Magnificent 7 compete for Olympic gold in 1996, 11-year old me was convinced that I could become a champion gymnast.  Little did I know that these same dreams and ambitions would help serve as lessons learned in becoming an engineering subject matter expert.

My gymnastics dreams did not care that I only had a couple of years of tumbling training.  No bother to my ambition that my parents could not afford our monthly bills, let alone specialized coaching. “No big deal!” said my heart when reminded that I was terrified of a back handspring – how would I ever be able to accomplish the death defying acrobatics an Olympic gymnast must complete?

I saw these seven women accomplishing amazing things.  The strength and grit they displayed was contagious.  How they wowed the crowds was inspiring. My heart ached to be admired by 11-year old girls in the way I admired those women, especially Dominique Dawes (more about her later!). Basically, I wanted to do what they did and have what they had.

You can probably read the writing on the wall, but I never became an Olympic gymnast.  In fact, I never took another gymnastics class in my life.  But what I did was harness my ambition in a way that aligned with my skills to become an expert in my field.  I became the olympic athlete of power generation cycle chemistry, so basically the same :).

While studying chemical engineering, I began working for a locally headquartered power company as a co-op student.  Initially, my thought was, “Why would an electric company need a chemical engineer?” Just a couple of weeks on the job, I quickly realized how chemistry-intensive power generation was.

My first two co-op terms, I worked for Mike O., an experienced chemical engineer and Subject Matter Expert (SME) for Selective Catalytic Reduction (SCR) at the generating stations.  Through my assignments and observing Mike, I learned a great deal about how to be a productive chemical engineer and how important it is to serve others in an SME role.  What made Mike so effective was his knowledge on the subject and his ability to add value to his internal customers.

My second two co-op terms, I spent at a coal-fired, supercritical power plant.  This was an eye-opening, worthwhile opportunity because I gained hands-on experience on project management, process improvement, and how to contribute to group goals.  I saw first hand the impact a chemical engineer could make.   I also learned the importance of respecting all of the roles and job levels within an organization.  Building relationships with the operators and lab technicians was just as critical to being effective as impressing management.

My fifth co-op term, I had the opportunity to work with Tom B., another experienced SME.  Tom’s expertise was cycle chemistry and make-up water treatment.  Observing and working with Tom allowed me to see how teaching others allows you to make an even bigger impact on an organization than if you hoard your expertise.  One experience that stands out in my memory is of Tom leading a training on ion exchange.  His ability to communicate this knowledge upskilled an entire organization, improving their understanding and decision making capabilities.

My sixth and final co-op term, my responsibilities and knowledge grew by immensely.  My assignment was to serve as interim chemical engineer and station chemist during a period when there was not a dedicated Laboratory Supervisor.  This allowed me to demonstrate my leadership and decision-making skills, my technical knowledge of plant cycle chemistry, and implement some process improvement projects. It was also an extended interview (of sorts), giving the leadership at the plant the chance to see my strengths.

As you can tell, these co-op experiences allowed me to jump start my chemical engineering career even before I graduated.  Sure, sometimes I was stuck making copies or creating spreadsheets.  But the exposure it gave me to experienced engineers and leadership was well worth the periodic mundane assignments.

When I was in my senior year of college, I did not have to apply for a single job.  By October of my Fall semester, I had accepted the position of Lab Supervisor at the very plant that I had worked as a co-op student that summer. 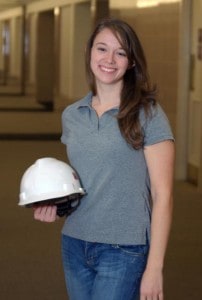 While I had often taken on leadership roles through high school and college, the challenge of actually having adults report to me as their supervisor, right out of college, was an intimidating thought.

As a new supervisor, I was actually not worried about them liking me. Sure that would be nice.  But I was worried about them respecting me. I felt  a lot of pressure to demonstrate my ability to lead, to be fair, and my competence.

There was some resistance at first when I first entered the role.  There were four lab technicians that were very experienced.  While each worked hard and was talented, they operated in silos. So after a few months of observations and talking with each of them to figure out how to better collaborate, I implemented a cross training effort to allow for better use of our talents.

Through this process, I learned that everyone approaches change differently.  This meant that as a leader, I had to help each person through the transition in a way that worked for me.  It also taught me how challenging it can be to come into an established organization, with a set culture, and create sustainable changes.

In addition to leadership lessons learned, my technical knowledge of the chemistry operations at the generating station grew tremendously.  This day-to-day exposure and responsibility for three years allowed for a solid foundation for future technical development.

Having just been in the workforce full-time for three years, I did not recognize the depth of my technical and leadership skills.  Luckily for me, others did.  My focus was on learning and making a sustainable positive impact in my current role.  This caught the attention of the outgoing cycle chemistry SME.

He convinced me to apply for the position, and he made the case to me on why I was a great fit for the role.  What I learned through this was that focusing on doing a quality job in the role that you are in is more important than focusing on your next promotion.  Don’t let ambition get in the way of producing quality results where you are at.  In the long run, your results and reputation are all that you have.

Coming into the role of SME, I still had vasts amounts to learn about cycle chemistry.  But after attending some industry events, I quickly realized that other SMEs did also.  I also saw that by applying my knowledge and leadership skills I could make an even bigger impact on the company than in my previous role at one station.  Now I was influencing the chemistry operations in an entire region.

As an SME, I also had the opportunity build even more leadership skills.  One such opportunity was being project manager for Young Women LEAD, a daylong leadership conference for high school girls.  In this volunteer role, I gained experience as a director, leading not just individuals but teams each focused on a different aspect of the conference.

My public speaking skills were put to the test, providing the opening address to more than 700 girls and being interviewed by news stations covering the event.  My planning skills were strengthened, having to coordinate logistics for two keynote speakers and a plethora of breakout sessions.

What this supplementary project taught me was that it is important to always be improving and developing your skills, and sometimes that means stepping out of your day-to-day job to stretch your abilities.

It also taught me that sometimes your dreams come full circle.  One of keynote speakers for the event was none other than Dominique Dawes.  The woman that so many years before had motivated me to dream big and work for what I wanted was now delivering her “Aspire to Inspire” message to hundreds of young girls at an event that I was organizing.  Had I not pushed myself along the way, I may never have been in the position to create a lifelong impression on these girls, let alone meet someone I admired so much.

And yes, I did fangirl for a moment. 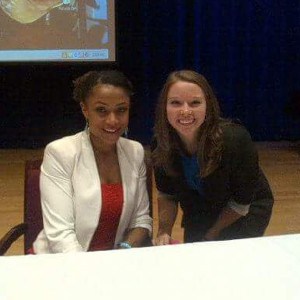 Don’t miss the next post, where I will be sharing the top tips for how you can become an engineering subject matter expert without decades of experience! 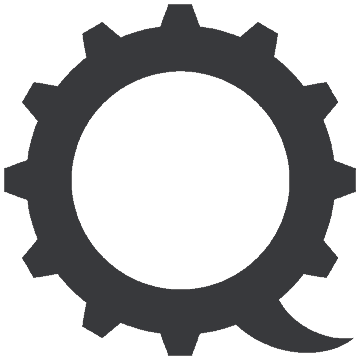 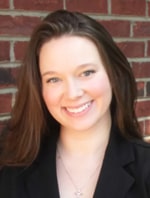 Articles by Ash Norton
in the Engineering Leadership series