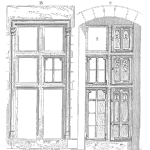 Dust control concepts. Industrial dust is the result of material escaping from the confines of a process or a storage location. The size of the problem depends on the dust’s characteristics and the means of its distribution. The best policy to control dust is to not let it escape from where it ought to belong. There are simple techniques that can be used to manage dust and prevent it from becoming a major health and environmental problem once the mechanism of creation and distribution are under stood. Keywords: bulk material handling, dust collector, stock piles, transfer points

The following briefly describes some of the basic mechanisms that are involved in the creation of dust and also describe some associated concepts. It does not cover the technical and chemical side of things. It is essentially common sense things listed out.

Essentially for the creation of dust there is a requirement for a particle and mechanism to induce movement in the particle to make in airborne. The volume of particles made airborne determines the volume of dust. Once a particle is airborne then other factors influence the density and spread of the dust.

The particle size and density is a significant influence on dust creation.

The smaller the dust particle then the easier it is to make airborne and the longer that the particle will remain suspended once airborne.

The less dense the dust particle then the easier it is to make airborne and the longer that the particle will remain suspended once airborne.

So, smaller lighter particles are more prone to creating dust, and once airborne are less likely to disperse. Within a dust collection system this means that they are easier to capture and transport.

Volume and Scatter of Particles

A bucket of particles compactly piled will generally require more effort to make airborne than the same volume spread widely as it presents more particles. The greater the scatter then generally the greater the area affected by dust.

The volume and velocity of wind can result in both a positive and negative effect on dust.

If dust is being created by other source then wind or airflow will disperse the dust. This may be beneficial if small amounts of dust are being created, as it will prevent the build up of a high dust concentration. If the amount of dust being created by other source is high then wind or airflow will spread the dust over a large area. Whilst this may reduce the dust concentration at the source area it may result in a larger dust problem to both people and environmental emissions.

Wind is the cause of lift off or pick up from stockpiles and the ground. Essentially the stronger the wind the larger the particles able to be lifted off and the greater the volume of particles lifted off.

Within a plant area tunneling of the wind often occurs where by the velocity of wind increases when it is forced through a constricted area. This often occurs between buildings.

The stack or chimney effect is also caused by wind. This is the principle behind the natural draft stacks prior to draft fans. Essentially the wind blows across the top of an exposed opening creating a low pressure point that draws dust and fumes out. This is generally noticeable from open hoppers or tanks by small eddies of wind disturbed dust.

Wind velocity increases with distance from the ground. Higher points are more susceptible to the effects of wind i.e. buildings, stockpiles, transfer points.

Air flow is induced by equipment and product movement. Air can be entrained in the product, induced by the boundary layer effect of movement or captured by equipment movement. When air is drawn into a transfer or a piece of equipment, this air either needs to be controlled (direction, velocity, volume) or removed/expelled. Note the difference between air and dust. The dust can be filtered or removed from the air.

This describes the use of water as a wetting agent however it also applies to other liquids that are used to control dust such as oil.

Water can be used to two main ways to control dust as a prevention measure and then as a capture method.

If particles become airborne then water sprays can be used to capture the particles by having the dust particle adhere to the water droplet. This principle is often applied but as particle sizes become smaller then it becomes less effective.

Whilst vehicles are generally not responsible for being the initial creator of dust they often result in being a significant dust source. When a vehicle travels over particles on a roadway several things may occur.

The amount of airflow is directly related to the speed of the vehicle. The degree of scatter and airborne particles are inversely related with moisture content. The greater the moisture the greater amount of pick up by tyres and the less airborne dust is produced.

Build up of particles on vehicles and machinery such as front-end loaders (FEL) and bobcats result in a significant amount particle scatter and particles becoming airborne through induced wind lift off.

Often people try the rabbit theory on dust. Firstly they say it is just a couple of rabbits and nothing to worry about and certainly not worth spending money on. As the problems gets larger very quickly the method used to control the problem is shoot all rabbits on sight. This ends up being very time consuming, labour intensive and ends up costing lots of money in bullets. This is often occurs in dust collection by putting lots of dust take-offs on dust collectors.

The sheep theory to dust control is containment, control and collection. Like sheep, dust is dumb and tends to have a mind of it’s own wandering around aimlessly following each other. Sheep are kept in fenced paddocks and herded all together in a flock to a collection point. This is what to do with dust.

If there is a hole in the fence and sheep are getting out you fix it. If a small flock of sheep runs off bring them back to the main flock rather than try herding two flocks. Don’t try to move them too quickly or they will break up. Have somebody watching the flock for stray sheep that run off at all times, get a dog. If a sheep falls on the ground pick it up put it in the ute and deliver with the remainder of the flock.